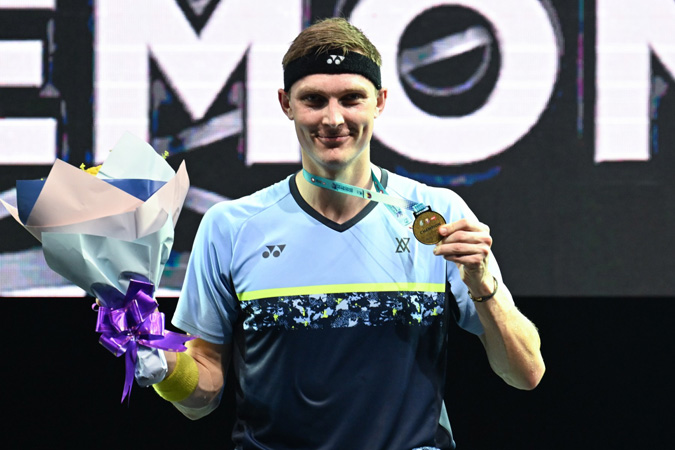 KUALA LUMPUR: Japan’s Kento Momota suffered a heavy defeat in the Malaysia Open final Sunday against world number one Viktor Axelsen, the latest disappointing performance from the once undisputed king of badminton. The tournament marked the first time Momota has played in Malaysia since he was involved in a car crash there two years ago, which sent his career into free fall. Denmark’s Axelsen, the reigning Olympic champion, outplayed the Japanese star from start to finish, taking only 34 minutes to win 21-4, 21-7. Momota — playing in his first final of the year after a torrid run of form — received a rapturous welcome as he arrived at the arena in Kuala Lumpur. But it was a one-sided game, with Axelsen immediately taking control, racking up points with a series of explosive smashes. After the match, world number two Momota said that Axelsen’s “level was higher than I expected.” Axelsen said he was surprised he managed to play so well. It marked Axelsen’s fifth victory of the season. The Dane had already won the All England, European Championships and two titles in Indonesia.