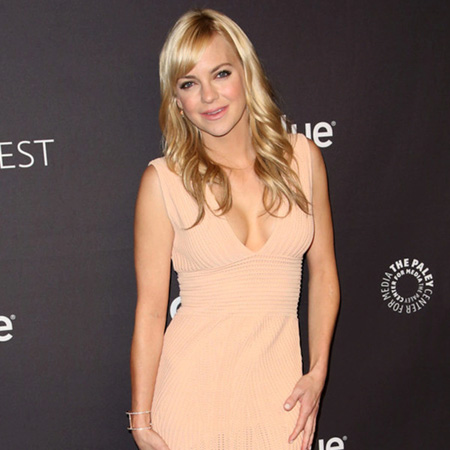 Anna Faris went through a “hard” but “liberating” adjustment period after her 2008 divorce.? ?The House Bunny star recently opened up about a time where she noticed a “shift” happened after splitting from her first husband. Anna-who quietly tied the knot with cinematographer Michael Barrett last summer-jokingly called herself a “divorce veteran.”? ?”I’m like a divorce veteran because I’ve been divorced twice,” Anna said during the June 23 episode of the Dear Chelsea podcast. “There’s this kind of shift that happens. It hit hard the first time. I turned into somebody that I didn’t recognize.”

As she put it, “I was always the kind of person that had their fridge filled. And I hosted a lot of dinners. That was back when I had friends. But then I found myself in this apartment with just beer and mustard in the fridge. I was going out all the time. I had no one to text or call and say, ‘Hey, can I do this,’ essentially.”

Calling the post-split period from Ben “incredibly liberating,” Anna also noted she “reverted” back to her 17-year-old self. “I went to a bar,” she added. “I was like, ‘Look how dangerous I am.'” However, she also noted that looking back, she realizes she was “terrified.”

“I was terrified that I wasn’t a good lover,” Anna said. “Especially when I was younger, I was so self-conscious of my body. I didn’t want anybody to see it. But I would dance on the edges of it. I wanted to be desired desperately.”

But, Anna is giving credit to her consistent progress today, calling it a “slow growth.” As for her current outlook on love, she explained why her marriage to Michael has been “healthier” than ever. “This time, it has been easier for me to accept a lot of love,” Anna explained. “I still kind of struggle with it…When I was younger, if there was a lot of love, I must’ve subconsciously liked a chase…It feels healthier, though, whatever it is. It feels like I can be loved.”