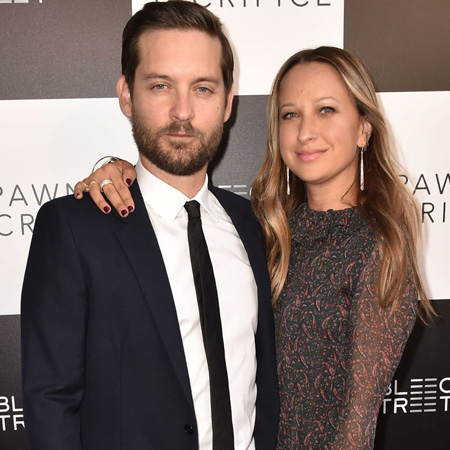 Parting doesn’t always have to be such sweet sorrow. Nearly six years after Tobey Maguire and Jennifer Meyer went their separate ways, Jennifer only has positive things to say about their relationship today.

“It’s been the most beautiful experience of my life having this beautiful breakup,” Jennifer said on the June 23 episode of The World’s First Podcast. “I can’t even explain. I would literally do anything in the world for Tobey. He is my brother. I love him to death and we have the most beautiful family.”

However, the jewelry designer added that it hasn’t always been an easy process for her and the Spider-Man star-who share 15-year-old daughter Ruby and 13-year-old son Otis.

“The work is a motherf-ker. I’m not gonna lie. And we did a lot of work to stay on track to stay a family,” she told hosts Erin and Sara Foster. “It was a choice and it was trusting in, like, the universe has got our back.”

Now, she and Tobey, who were married for nine years, have found a good rhythm.

“We talk about our significant others and ‘Hey, you got the kids? I’m going for a weekend away,’ you know what I mean?” she said. “Now it’s like, anything, or I mean, ‘Hey, I’m having a hard day’ or ‘Hey, you did this, it really bummed me out.'”

Following their divorce, Tobey went on to date model Tatiana Dieteman for around three years. However, in February, a source exclusively told E! News that the pair had broken up.

In the past, Jennifer has also been previously linked to sports agent Rich Paul, who is now dating Adele.

Jennifer continued, “We’re able to get through it, but it all goes back to the universe has your back if you stay on track.”