Still time to ‘save’ Pakistan 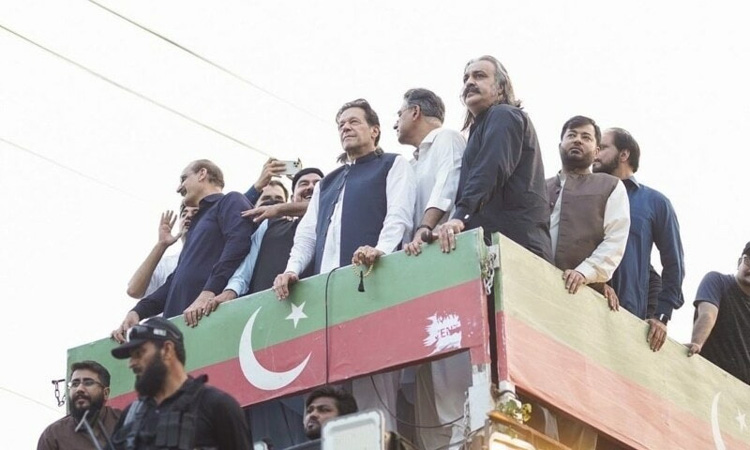 “My questions from Pakistan’s institutions is that how did you allow these thieves to be foisted over us? Is it not your Pakistan? Don’t you understand that when you place thieves atop the treasury, the country gets destroyed?” he asked while addressing his party’s power show at Islamabad’s Parade Ground.

The PTI chairman said the judiciary and the “neutrals” – a reference to the military establishment – will be answerable to God for what they had done. “God will ask judges, ‘I gave u status to establish justice, did you do that or not, and did you protect the weak from the powerful, and did you bring powerful under law or not?” he said. “God will also ask the neutrals that how did you allow these thieves to be imposed over this country?” he added.

Imran claimed that the public was against the PML-N led government and the only way it can win the upcoming by-elections in Punjab was by way of rigging as “the umpires are with them.” “We have to defeat these thieves despite their umpires.”

Imran Khan warned his party workers and supporters of being wary of rigging during the upcoming by-polls in Punjab, now that “the umpires” stand on the government’s side. “We have 20 by-elections [coming up] in Punjab. The only way they can win is through rigging. The people are against them, [but] the umpires are with them,” he said. “We have to defeat these thieves despite their umpires. No matter what tactic they use … whether they rig the election or use the police, the nation will never accept them,” Imran said referring to the government, which he often dubs as “imported” and claims that it was imposed on the country by the US after ousting his own government through a “conspiracy”. 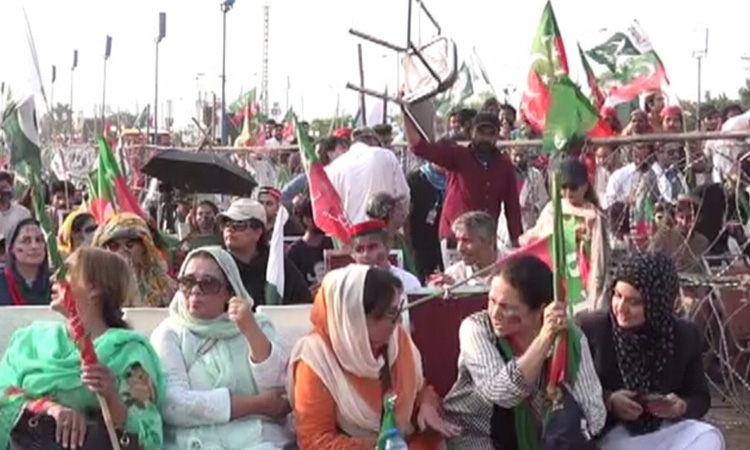 Imran said the incumbent rulers wanted PTI to clash with institutions and law enforcement agencies but his decision to end the protest in the federal capital averted bloodshed. The former premier said the incumbent rulers did not have any stake in the country as all their “stolen assets” were stashed abroad. “It makes no difference to them if currency depreciates and country suffers setbacks because they don’t have to live and die here,” he added.

Addressing his political rivals, he said he knew that they wanted him to fight the army and the judiciary but “listen closely, our life and death is in Pakistan.” He accused the government of melting under IMF’s pressure within two months, saying that he resisted the Fund’s demands for two and a half years but raised petrol prices by a mere Rs10 as opposed to the “sky high” hike made by the current setup.

Addressing the crowd before Imran, Rashid termed July as an “important month”, and called on the people to ensure the PTI’s victory in the Punjab by-elections on July 17. Addressing the country’s institutions and the establishment, he also said that early elections were in the country’s best interest.

Khan said that he was out on the streets to “send a message to the institutions that there is still time to save the country” from these “thieves”. “God will question the judiciary and the neutrals why they let these thieves come to power,” said the ex-premier, adding that “it was God’s command not to remain neutral”.