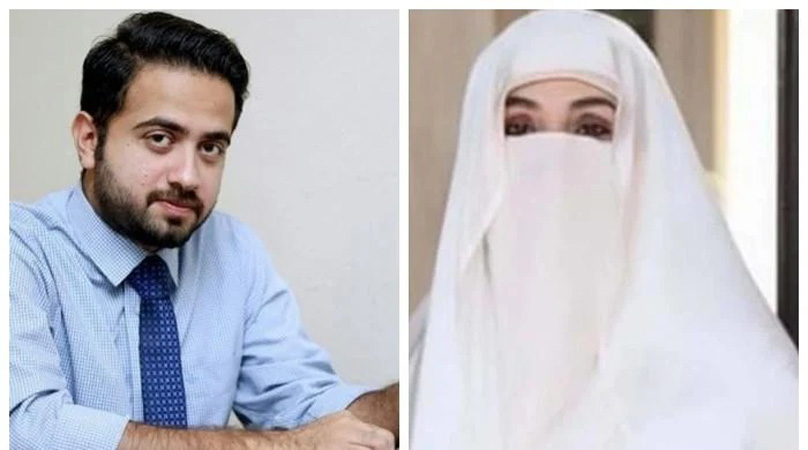 With the political situation heating up, an alleged audio of Imran Khan’s wife Bushra Bibi has emerged in which she is instructing the Focal Person to PTI Chairman on Digital Media Dr Arsalan Khalid to run trends declaring people as traitors. As per the audio, initially, the former first lady had expressed her disappointment with Dr Arsalan Khalid for the PTI’s social media team not being active these days.

Before Dr Khalid could explain himself, Bushra told him to let go of what happened, she then shared with him that Aleem Khan and others would speak up against Imran Khan, her, and her friend Farah Khan.

“They will create so many stories and will share people’s statements as well, you do not need to create an issue out of this [but] call them traitors on [social media],” directed the former first lady, to which Dr Khali responded in the affirmative.

“Aleem Khan and others will [be] speaking out as per a plan, so you have to link them with traitor [hashtag]. You have to raise the [threat] letter on social media and say that we know the letter is authentic. We know that they gathered to betray [the country] and to save themselves they have joined the traitors,” Bushra instructed Dr Khalid.

After issuing the instructions, the former first lady asked Dr Khalid to instruct his team to take up the issue of the government not buying oil from Russia and link it with how Imran Khan was being betrayed.

“Now you have to ensure that [this issue] does not die down,” said Bushra. She instructed the former focal person of the prime minister on digital media to make a trend so people know that the country and Imran Khan are being betrayed.

“The other thing that I wanted to say to you, Arsalan, is that they will say a lot of things about Farah and me. You have to link that with traitor [hashtag],” said Bushra.

To this, Dr Khalid said: “Yes, all right we will do it by [saying] that they are doing all this because they are traitors.”

The former first lady said then told Dr Khalid that people were worried about how Imran Khan had knowledge about everything even before they come out in the open. “You understand, but I am only telling you these things, however, you do not need to share this issue with anyone. They are after him because of this. [But] what you have to do is that you have to link with this with the traitor [hashtag],” said Bushra.