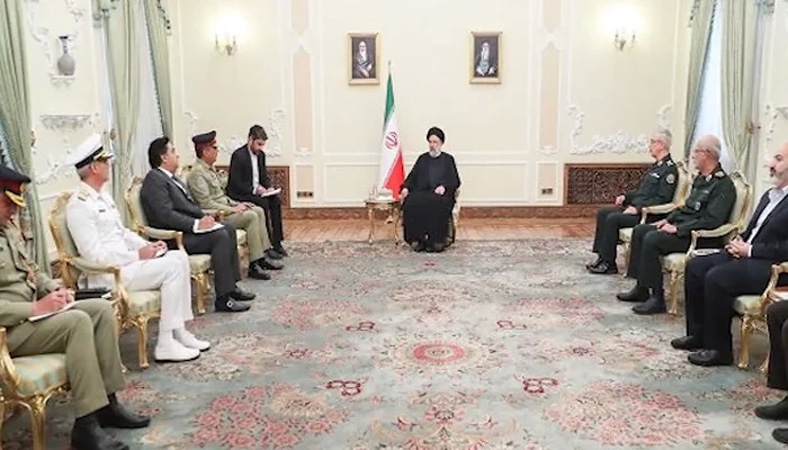 The resolve was expressed as Gen Raza undertakes an official visit to Iran.

According to a statement by the military’s media wing, during the meeting, “matters of bilateral strategic interest and regional security environment including strengthening of bilateral security and defence cooperation between the two countries were brought into the discussion”.

Both sides displayed “a desire to initiate meaningful and long-lasting security and defence cooperation between the two countries”, said the statement.

The Iranian military leadership lauded the professionalism of Pakistan Armed Forces and acknowledged their sacrifices in the fight against terrorism. Earlier, upon arrival at General Staff Headquarters a smartly turned-out contingent presented ‘Guard of Honour’ to the Chairman Chairman Joint Chiefs of Staff Committee.