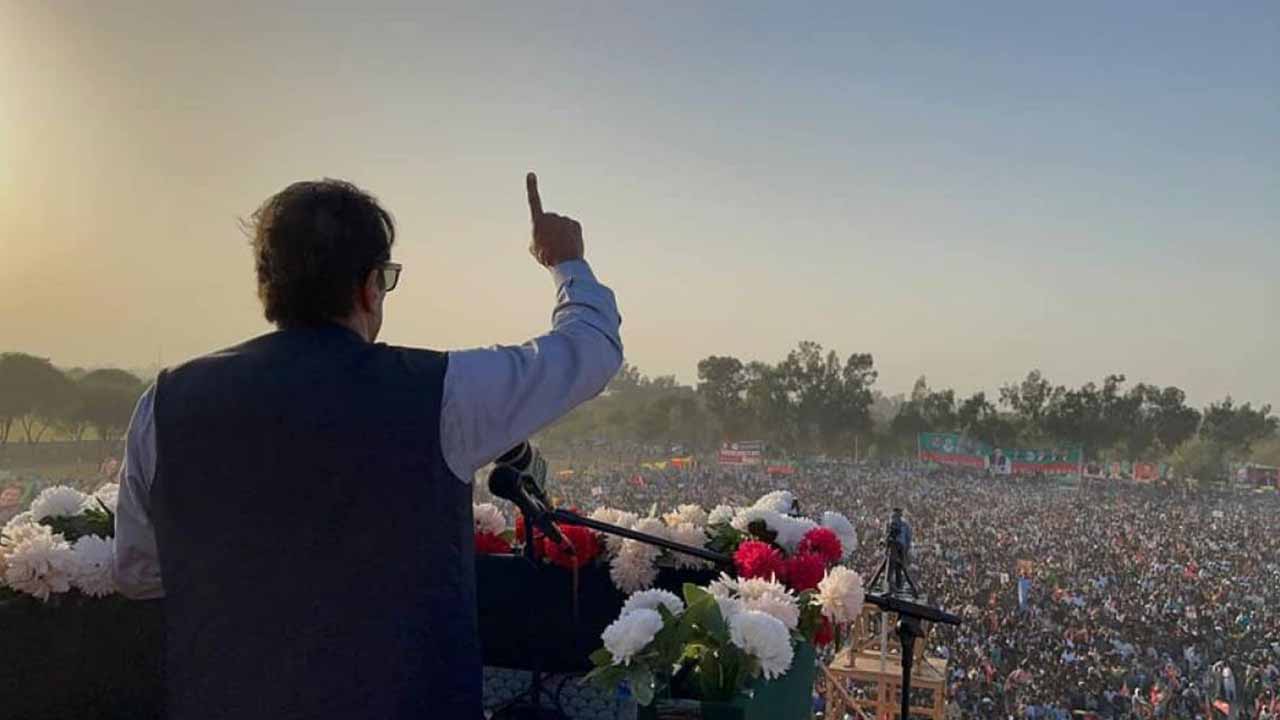 ISLAMABAD: The Pakistan Tehreek-e-Insaf (PTI) is all set to organize a “historic” power stow today (Saturday) at Islamabad’s Parade Ground.

Former Prime Minister and Pakistan Tehreek-e-Insaf (PTI) Chairman Imran Khan, as well as other senior party figures, will address the gathering. From Rawalpindi to the Parade Ground, the PTI chairman will lead a rally.

In a tweet, Imran Khan urged people to the Parade Ground for the party’s “historic” power show against the “imported govt’s” anti-people policies.

“InshaAllah tomorrow will be our historic Islamabad jalsa at Parade Ground against Imported govt’s pol destabilisation & crushing our people under the burden of excessive loadshedding in peak of summer & spiralling fuel prices. I will be leading a rally from Pindi to Parade Ground.”

Meanwhile, for today’s public meeting, rigorous security measures have been put in place.

Furthermore, PTI caravans from Khyber Pakhtunkhwa (KPK) cities have travelled to Islamabad to take part in the party’s power show.

The Islamabad administration on Friday gave permission to the Pakistan Tehreek-e-Insaf (PTI) to host a demonstration at Parade Ground in the federal capital on July 2.

The NOC was provided in response to the party’s application on June 27 for permission to stage a public protest at Parade Ground.

The gathering, according to the NOC, shall not disturb or violate the fundamental rights of citizens of Islamabad and surrounding areas. The gathering must not block the Islamabad Expressway and must end by 12 a.m. (between July 2 and 3).