What does Iman Vellani have to say about Fawad Khan? 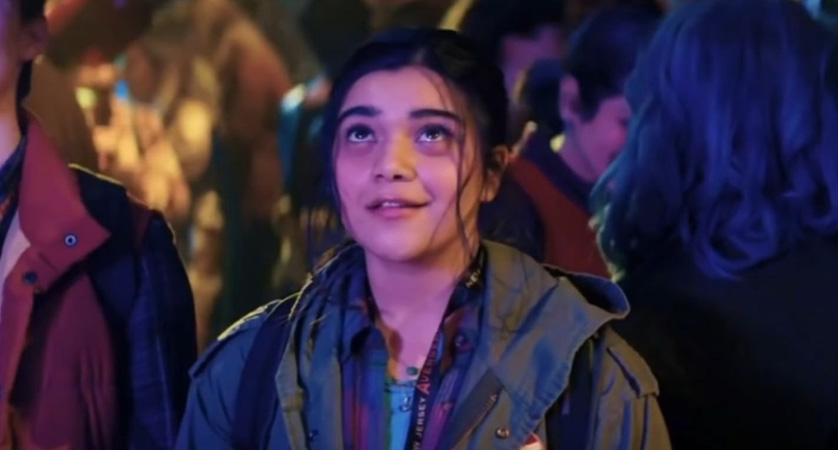 The star of ‘Ms Marvel’ Iman Vellani reflected upon her experience of working with our very own Pakistani superstar Fawad Khan.

During a promotional outing with an international platform, Vellani who is winning hearts as Kamala Khan AKA Ms Marvel – the very first female superhero of Marvel’s Cinematic Universe – dubbed the experience of sharing the screen with several acclaimed artists of the neighbouring countries as ‘weird’.

“I grew up watching them and then I was like working with them,” Vellani told the host. She further added: “My mom was like more stoked about Fawad being in our show than she was about me. So I think that says it all.”

“But yeah they’re so nice and just the fact that we are bringing together you know Indian and Pakistan just through the music and through our actors where we have scenes where there’s a Pakistani and Indian, a British person, a Canadian person, American all in one screen, that’s so wonderful and that’s what our show is about.”

Additionally, she also spoke about the Marvel show being centred around marriage and different cultures, with people from multiple ethnicities coming together to work without ‘being labelled’ by any one thing.

“It’s just, it was a very cool day having to film those scenes,” she added.

It is pertinent to mention that desi fans of MCU finally caught a glimpse of Pakistani heartthrob on the show in episode 4. Fawad Khan was teased in the episode as Hasan, the great grandfather of protagonist Kamala Khan essayed by Iman Vellani. On the other hand, the diva Mehwish Hayat plays Aisha, the great grandmother of Khan in the mini-series.