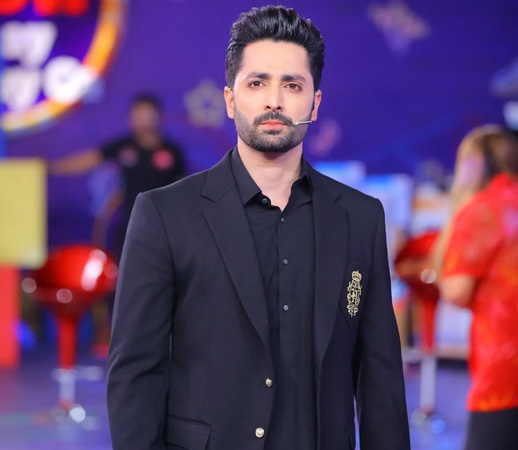 A video of A-list actor-host Danish Taimoor as Shamsher from ‘Kaisi Teri Khudgarzi’ has gone viral on social media.

‘Kaisi Teri Khudgarzi’ actor took to his handle on the photo and video sharing application to share a ‘fan-made’ collage video from the latest aired episode 8 of the serial. “FANS KA SHAMSHER,” read the caption on the clip.

The short video featured varied emotions of Shamsher throughout the episode from excitement to despair and even anger, as the melodious Arijit Singh track ‘Phir Na Aisi Raat Ayegi’ from Bollywood title ‘Laal Singh Chaddha’ played in the background.

The viral clip has been watched by millions of Instagram users and is circulating across social media platforms. Many of his followers took to the comment section of the post to laud the actor and the serial.

“Today’s episode is amazing. And I love this Drama,” a fan commented. “Kaisii Teri khudgarzi best show,” noted another.

Danish Taimoor is one of the most acclaimed artists of Pakistan showbiz who has carved himself a niche with a range of characters.

He garnered acclaim for his performance in ‘Ishq Hai’ opposite Minal Khan, while the audiences are loving him for his portrayal of Shamsher in ‘Kaisi Teri Khudgarzi’. The trending serial follows the tale of a business tycoon’s son Shamsher who falls in love with Mehak, belonging to a middle-class background.