Babar, Rizwan and Shaheen over the moon as PCB announces men’s central contracts 2022-23 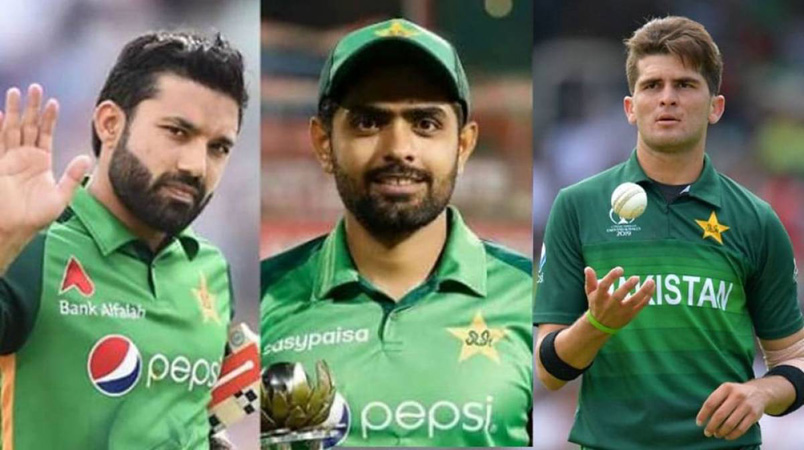 LAHORE: Pakistan star players Babar Azam, Mohammad Rizwan and Shaheen Shah Afridi were included in both red and white-ball Category A list as the Pakistan Cricket Board (PCB) announced the men’s central contracts for the year 2022-2023 on Thursday. The central contract will come into effect from July 1 (today). For the first time, the PCB has restructured its player contracts this year, splitting the players into two pools — for white- and red-ball cricket, while four more players have been added to the Emerging Category. This means a total of 33 players, 13 more than the previous season, have received contracts for the next 12 months. Hasan Ali and Imamul Haq have also been awarded both red and white-ball contracts. The PCB has increased 10 percent in match fees across all formats. “There is increase in match fee for non-playing members from 50 percent to 70 percent of the overall match fee. There is an introduction of a captaincy allowance to compensate the team captain for the additional responsibilities that comes with that role. There is also allocation of an amount for current players with the aim to manage and reduce the workload of elite players and to ensure that they are fully fit, ready and fresh whenever they play for Pakistan,” said a spokesman for the PCB.

Faheem Ashraf and Mohammad Hasnain, who is back after serving a suspension for a faulty bowling action, have been left out of the list of Pakistan’s centrally contracted players, while Shan Masood, Naseem Shah and Haider Ali are all back in the mix after missing out last year. Ashraf had a Category B contact in the last cycle, but struggled to make it into the playing XI in ODIs and T20Is. He has, however, been on the fringes of the Test team since he offers balance in the XI with his multiple skills. But in the past 12 months, he played five Tests, getting eight wickets and scoring 141 runs, not enough to be a top pick in the side. In the same period, he played just three ODIs, with no wickets and just 16 runs, and was not considered for T20Is at all. In Hasnain’s case, though he has been in and around Pakistan’s white-ball teams, the suspension for the illegal action might have worked against him even though he can now bowl internationally again.

“I want to congratulate all those who have earned central contracts for the 2022-23 season, especially our younger players. This new format of separate central contracts for the first time is part of our vision and strategy to identify, groom, and develop specialists for the traditional and purest format of the game,” chief selector Mohammad Wasim said during his interaction with media in Rawalpindi yesterday. “I understand there will be a few disappointed players who have missed out on contracts, but I want to reiterate that we are not limiting and restricting ourselves to these 33 players. As and when required, players from outside the list will be included.”

In the Emerging Category, the PCB has increased the number of players from three to seven. Players in the Emerging Category are: Ali Usman, Haseebullah, Kamran Ghulam, Mohammad Haris, Mohammad Huraira, Qasim Akram and Salman Ali Agha. “We have also expanded our category of emerging cricketers from three to seven as it is very important for us to groom those cricketers who have the potential to make it to the top level and give an incentive to those players who have excelled in our domestic tournaments,” Wasim added.