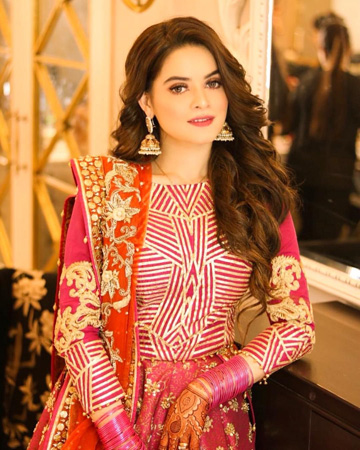 Minal Khan has been making the headlines recently and not for reasons you might expect an actor would go viral for.

The actor, who has emerged as one of the most prominent faces in the Pakistani drama industry, has not been able to escape the unavoidably of becoming a meme once in a while. As seen time and time again, Pakistani Twitter is as ruthless as it gets.

Last week, eagle-eyed social media users were quick to notice a puzzling coincidence with Khan’s Instagram story update – she had screenshotted American model and reality TV star Kylie Jenner’s story and posted it as her own.

While Khan brushed off the memes with good humour the first time around, she was caught yet again screenshotting a photograph from the photo-sharing platform Pinterest and posting it without credit. Once again, the memes, which had only slightly dwindled, began to start up again. This time, however, the actor did not react as everyone had expected.

Posting a brief note on her Instagram story, Khan is straightforward as she shuts down the trolls. “It’s my Instagram. I will post whatever I like…Yes, I like these kinds of pictures. And yes I will keep posting,” Khan wrote. She ended her note by challenging her trolls to do whatever they want, as she has no plans in changing the way she posts stories.

However, as Pakistani humour goes, Khan’s response wasn’t paid any heed as new memes emerge to respond to her shut-up call. People even began to recreate the trend Khan has inevitably set. “I also wanna read at the beach like Minal Khan”, one user writes, while someone else posted a photo dump inspired by the actor’s recent antics.

After quite an eventful week for the actor, it is to safe to say that nothing will go past Pakistani Twitter.