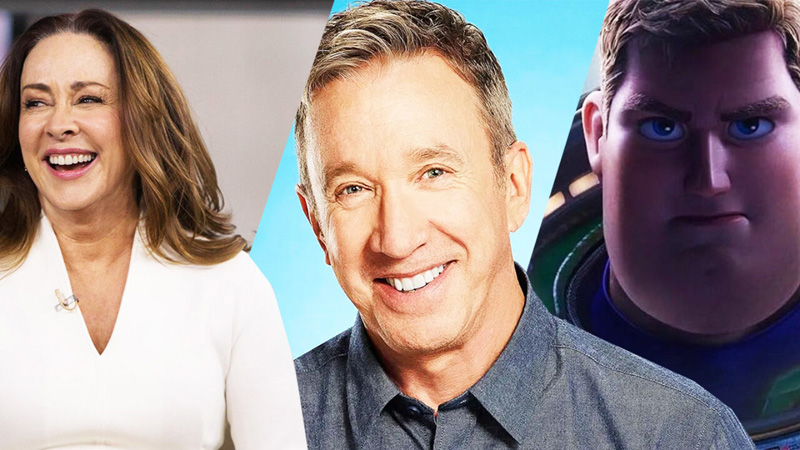 Patricia Heaton is sharing how she really feels about Tim Allen not being cast in Lightyear.

“Saw the trailer for Buzz Lightyear and all I can say is Disney/Pixar made a HUGE mistake in not casting my pal @ofctimallen Tim Allen in the role that he originated, the role that he owns,” the actress tweeted on June 14. “Tim IS Buzz! Why would they completely castrate this iconic, beloved character?”

Allen provided the voice for Buzz Lightyear in all four Toy Story movies. Chris Evans plays the character in the new movie Lightyear, which is an origin story about the space ranger.

“Ok so the current Buzz Lightyear movie is an origin story – but the reason the character became so beloved is because of what @ofctimallen created,” Heaton continued. “Why remove the one element that makes us want to see it? #stupidHollywooddecisions.”

Lightyear director Angus MacLane weighed in on the casting decision during a recent interview with The Hollywood Reporter.

“Buzz was a side character in Toy Story and was a little goofier and a little more of a comedic relief,” he said. “For Buzz to be a main character he needed a little more gravitas, a little more vulnerability, needed to be funny but not in a goofy way that would undercut the drama. Chris embodied all of those things.”

According to THR, having Allen return in some way was not considered during the creative process.

“Tim really is the embodiment of the toy Buzz, and this isn’t the toy world, so it really doesn’t make sense,” producer Galyn Susman also told the outlet. “There’s not really a role. It would just cause more confusion for audiences instead of helping them understand the movie we’re trying to tell.”

During the June 8 Lightyear premiere in Los Angeles, Evans spoke about what it was like to take on the role. And while he told E! News he didn’t reach out to Allen, he suggested that his level of respect for the OG Buzz Lightyear’s performance goes to infinity and beyond.

“You’re really excited because I love Pixar, but there’s a lot of pressure because it’s obviously a character we know really well and that a lot of people hold close to their hearts,” Evans said. “So you want to make sure you pay homage to what Tim Allen did. I mean, he’s Buzz Lightyear in my eyes. But the character itself is supposed to be the character the toy is based on, so you have to take what he did as a road map and acknowledge it.”

Lightyear hits theatres June 17. E! News has reached out to Disney/Pixar’s and Allen’s teams for comment on Heaton’s tweets but has yet to hear back.