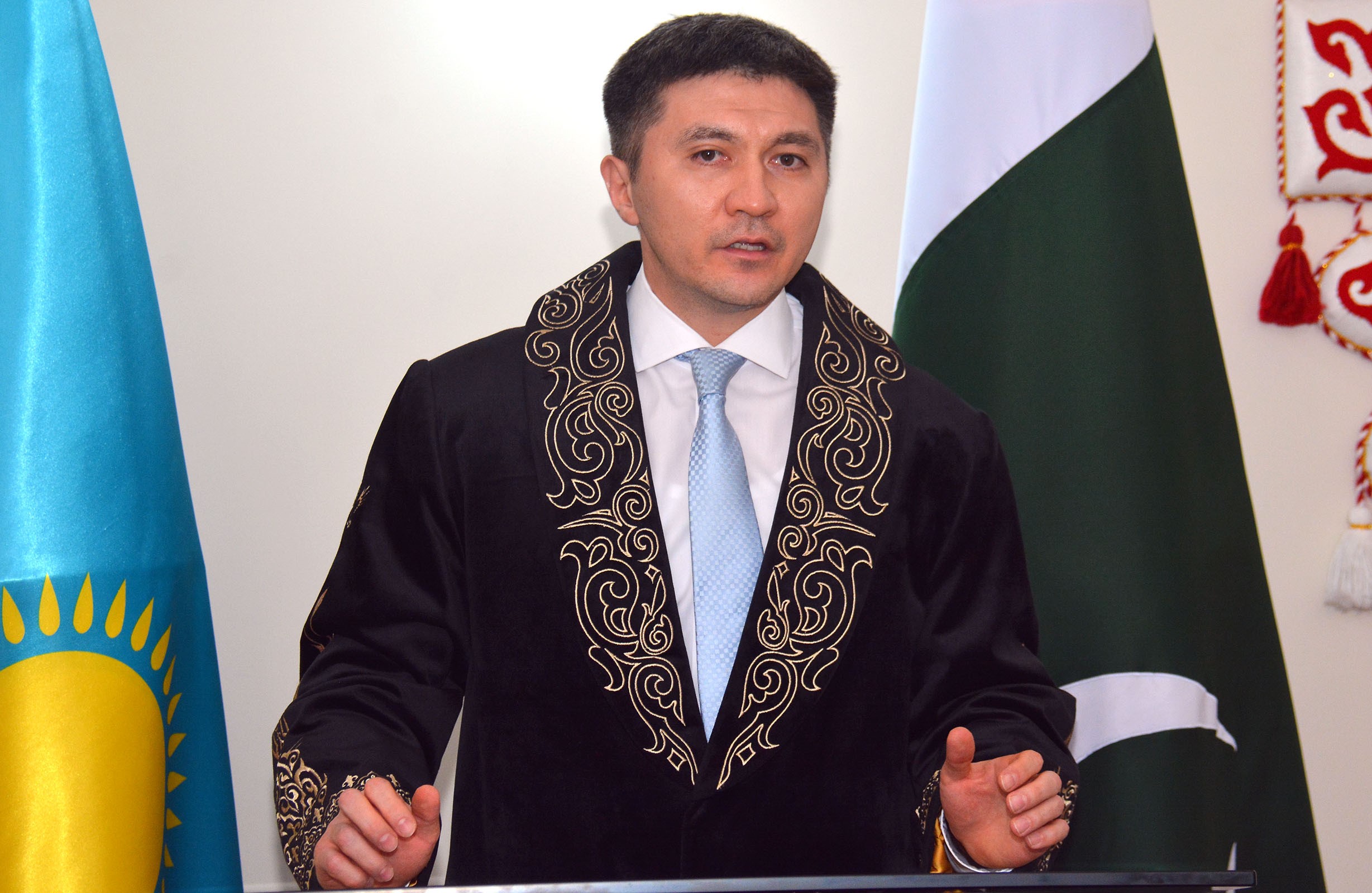 The Minister stated that Pakistan and Kazakhstan enjoy a friendly and cordial relationship and a lot of potential exists to enhance the relationship between both nations.

He discussed the potential sectors in which collaboration is needed and stressed on holding Government-to-Government negotiations for the provision of wheat, oil, gas and coal to fulfil the current need of the country.

He further stated that Kazakhstan is the largest landlocked country in the world and is the biggest economy in Central Asia, hence, the potential for cooperation and development between both nations is enormous.

The Ambassador also appreciated the role of the Government of Pakistan in signing and implementing multiple projects that are beneficial for the development of both nations.

He stressed on enhancing bilateral trade and promoting investment in diverse areas and apprised the Minister about the development projects of Kazakhstan in Balochistan which was appreciated by the Minister.

Minister assured future collaboration and support and expressed gratitude to Kistafin for taking out his time and visiting the Ministry.