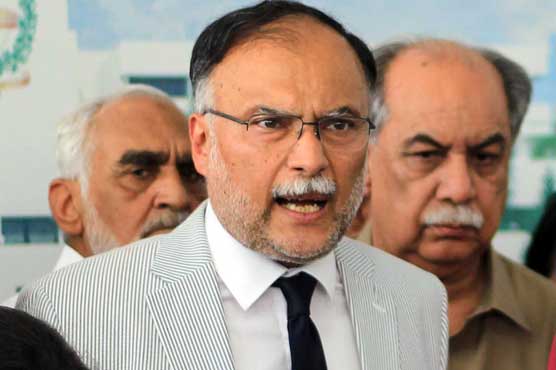 ISLAMABAD: Minister for Planning, Development, and Special Initiatives Ahsan Iqbal on Thursday said that previous government of Pakistan Tehreek-e-Insaf was directly responsible for the worst electricity load-shedding situation prevalent across the country.

He said the then PTI government had failed to make agreements for purchasing cheap Liquified Natural Gas (LNG) due to which the LNG based power projects with installed capacity of over 3500 MW were shut down.

“This summer season is the season of PTI government’s mismanagement and ill planning, while the next summer season would be far better as the government would plan well,” he said while addressing the media here.

He agreed that in the current summer season, the people had to face much difficulties. However, Ahsan Iqbal said the government was working day and night to minimize their difficulties.

The minister also held the PTI government’s mismanagement and incapability for the prevailing inflation in the country. The minister also asked the PTI leadership to seek forgiveness from nation for their wrong doings during their four year- tenure.