Nature will not forgive us: Shehzad Roy

* 'I try every day to save my city Karachi, but according to the Economist Intelligence Unit, Karachi has been ranked among the world's most unliveable cities,' he said 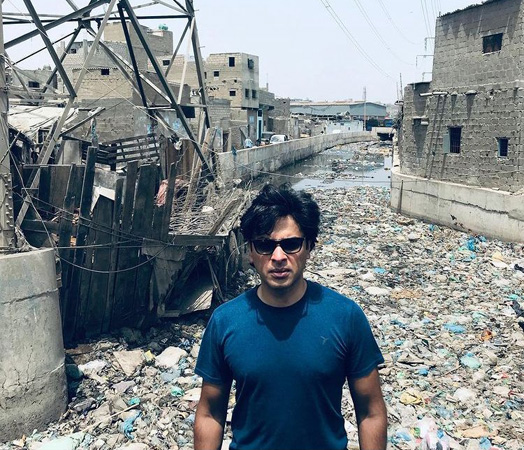 The Economist Intelligence Unit’s, a research and analysis division of the Economist Group, providing forecasting and advisory services through research and analysis, global liveability index ranked Karachi as the 168th least liveable city out of 172 cities worldwide. The report is based on deep analysis of various factors including the environmental conditions, crime rates, medical facilities and political stability etc of cities around the world and it ranks them in terms of how liveable are these cities considering the factors. An alarming news for Pakistan is that the Economist Intelligence has ranked Karachi among the world’s most unliveable cities. While many have already been raising concerns about the city’s worsened atmosphere with piles of garbage and waste covering most parts of it.

After the report, many have highlighted the need for change to improve the quality of life in the biggest city of Pakistan. Pakistani singer, activist, social worker and humanitarian Shehzad Roy has also expressed concerns on the matter, as he shared the report by the Economist Intelligence on Twitter.

Shehzad wrote that he is making the utmost efforts on his account to save Karachi. “I try every day to save my city Karachi, but according to the Economist Intelligence Unit, Karachi has been ranked among the world’s most unliveable cities,” he said.

He shared a picture of himself standing in front of an area full of trash and also mentioned that, “I don’t know about Karachi but nature/environment will not forgive us.”

With the growing impacts of climate change around the globe, the world is much concerned about the adversities that would befall on human race if important measures are not taken to restore the essence of nature.

Some even believe that the increase in fatal diseases, forest fires and alteration in the climatic conditions is the Mother Nature’s retaliation to how badly the humans have been treating the planet and environment.

Man has been known for carelessly using the blessings of nature to meet its personal goals. The oceans, lands and even the sky are full of garbage and waste generated by humans.

In case of Karachi, most are still waiting for the governmental authorities to take steps in this regard and bring the city back to life, while humanitarians like Shehzad Roy also urge people to be more kind and responsible towards nature and environment by not treating the city like a garbage bin.