* The viral clip had Juggun wishing her husband for the wedding anniversary in a hilarious manner, as she took along the dhol masters to the latter's office area for the celebration 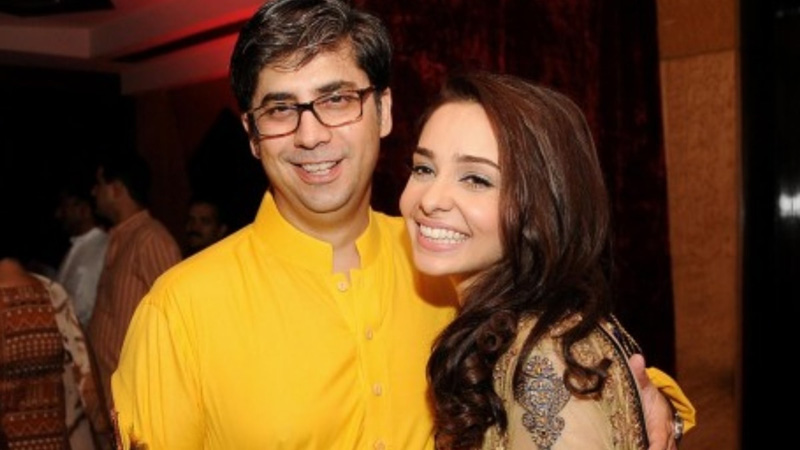 Actor-host Juggun Kazim shared a funny video with her husband on social media which has gone viral. The ‘Saans’ actor took to her handle on the photo and video sharing social application, Monday and shared a funny video recorded during the celebration, as Kazim and her husband Faisal Naqvi marked nine years of togetherness. The viral clip had Juggun wishing her husband for the wedding anniversary in a hilarious manner, as she took along the dhol masters to the latter’s office area for the celebration along with the red roses garlands. “Happy wedding anniversary my darling @laalshah1208,” she wrote in the caption of the video. “How I love embarrassing you and driving you crazy!!! Thank you for putting up with my madness and for always having my back. I love you Mao.”

The clip has been watched by millions of social users and is now viral across social platforms. Several celebrities from the showbiz fraternity extended their wishes for Juggun Kazim and Naqvi in the comments section. Pakistani activist, Muniba Mazari wrote, “Haha Absolutely loved it! Sending so much love to my Juggi & Faisal bhai!” In response to one of the comments that dubbed Juggun Kazim ‘next level crazy’, she noted, “Choti si zindagi hai (Life is small) let’s just have fun and spread joy? And yes I’m crazy but the good kind.”

It is pertinent to mention that Juggun married Faisal in 2013. The couple has two kids together, a daughter and a son, while the former has an elder son from her previous marriage as well.