* 'Okay, since it's almost Father's Day, I'm going to ask you about Bruce,' Gwyneth, whose dad passed away in 2002, said 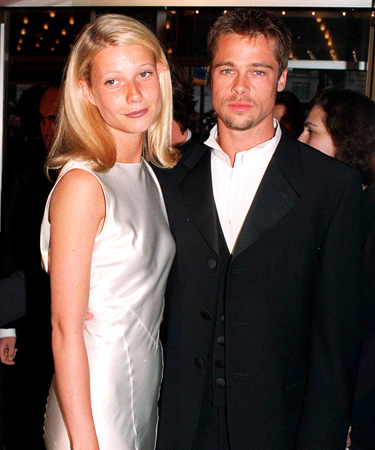 Gwyneth Paltrow and Brad Pitt agree: Everything happens for a reason. Which is why the former couple-who split in 1997-can joke about their breakup more than two decades after calling off their engagement. In a conversation featured on Gwyneth’s Goop website, the Seven co-stars reflected on their personal history and Brad’s bond with her late father Bruce Paltrow.

“Okay, since it’s almost Father’s Day, I’m going to ask you about Bruce,” Gwyneth, whose dad passed away in 2002, said. “I’ll never forget when we were engaged and he came to me one day, his eyes full of tears and he said, ‘You know, I never really realised what they mean when they say you’re gaining a son. Like, I’m gaining a son.’ What impact did he have on you? Why did you love him, even though we didn’t get married, unfortunately?”

Looking back on his relationship with Gwyneth’s dad, Brad said Bruce had a profound effect on him. As he explained, Bruce “really fostered your voice, your independence. He carved the way for you guys to be who you are. And I think that’s so important to parenting, you know? So the child is free to find out who they are and what they love and what they don’t. You guys were just so free in your conversations. And witty. And intelligent. And funny as f–k.”

“He could be tough if he needed to be, but it would be rare-only if someone was out of line,” Brad noted. “And it would come with…not a slap on the wrist but a little drop of wisdom, and he’d let you make the choice. That seemed to be his way. Just to offer you this wisdom and let you figure it out. And knowing to have that faith in your child-they’ll get there when they get there.”

Following their split in the late ’90s, Gwyneth went on to marry Coldplay’s Chris Martin in 2003 and later welcomed kids Apple Martin, 18, and Moses Martin, 16. The stars announced their “conscious uncoupling” in 2014. Four years later, Gwyneth tied the knot with another Brad-writer Brad Falchuk.

As for Brad Pitt, following his 2005 breakup with his then-wife Jennifer Aniston, the Fight Club star began a relationship with Angelina Jolie. The pair, who share six children, wed in 2014-two years before calling it quits.

During his chat with Gwyneth, the Fury star noted, “Oh man, everything works out, doesn’t it?” To which the Iron Man actress agreed, “Yes, it does. I finally found the Brad I was supposed to marry. It just took me 20 years.”

Brad also noted that, despite their split, it’s “lovely” to have Gwyneth as a friend now, telling her, “And I do love you.”

Added Gwyneth, “I love you so much.”

Summing up her general enjoyment of the opposite sex, she said, “I love men, even though they’re lyin’, cheatin’ scumbags. I’m a very sexual person. I’m lucky if I get past six weeks. The make-or-break is six weeks.”