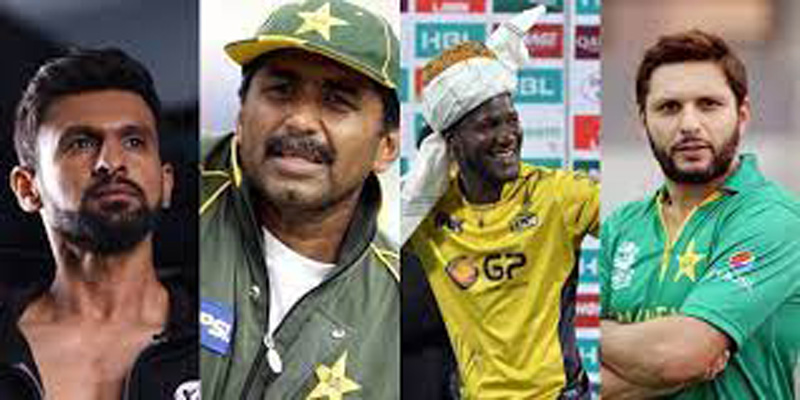 LAHORE: The Pakistan Cricket Board (PCB) on Wednesday confirmed former cricketers Daren Sammy, Javed Miandad, Shahid Afridi and Shoaib Malik as mentors of the inaugural Pakistan Junior League, which will be held in Lahore in October this year. Miandad, who played in six World Cups from 1975-1996, will be the league mentor, while Afridi, Sammy and Shoaib will be the team mentors. The four stalwarts share six major world titles, 1,559 international matches, 43,057 runs and 992 wickets between them. Sammy and Shahid were team-mates in the Peshawar Zalmi team in 2017 when the team in yellow won the Pakistan Super League at Gaddafi Stadium. Miandad will be involved as an overall mentor, assisting the mentors of the six sides and the players during the tournament.

Afridi, Sammy and Shoaib will be part of the team dug-outs in the build up to and during the Pakistan Junior League, which will be played at the backend of Pakistan versus England T20I that is scheduled to conclude on 2 October. In addition to the team mentor roles, the four household names will also serve as event ambassadors and will use their knowledge, influence and attraction to promote and publicise the first of its kind event. Three more team mentors will be announced in due course.

PCB chairman Ramiz Raja said: “I am delighted that we have been able to attract Javed Miandad, Daren Sammy, Shahid Afridi and Shoaib Malik as mentors for the Pakistan Junior League. Their involvement in the Pakistan Junior League will help us achieve one of our event objectives that revolves around helping future generation of cricketers to achieve the champions and match-winning approach and mindset. The involvement of the four icons also confirms that we are on track for delivering a successful event that will go on to help Pakistan cricket in more than one way. Besides creating a winning environment and developing skills and temperament of the teens, we are committed to developing new properties and Pakistan Junior League is an event in that direction.”

The Pakistan Junior League will be played on single-league basis with the top-four sides progressing to the play-offs. The top-two sides will play in the Qualifier with the winner qualifying for the final. The losing side will get a second chance to progress to the final when it will play against the winner of Eliminator 1 between the number-three and four ranked sides.