Only 10 medals for Pakistan at Summer Olympics since 1948 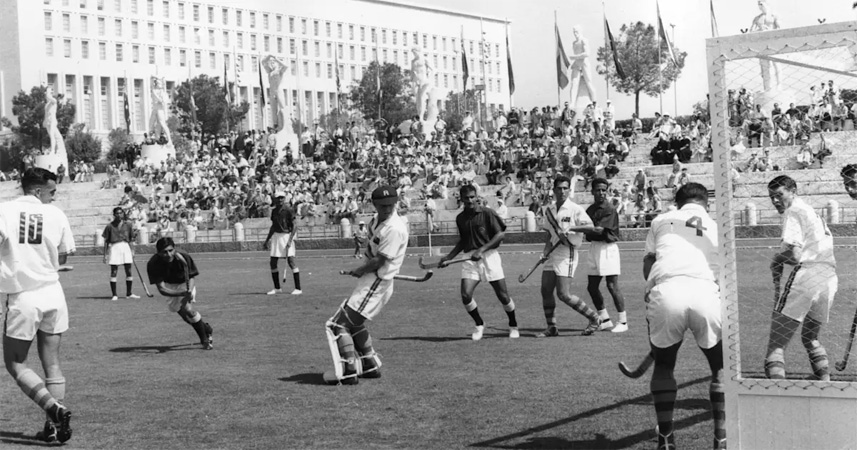 LAHORE: Since their first-ever participation in the London Olympics in 1948, Pakistan have won just 10 medals in 75 years – a performance which can easily be termed as shameful and disappointing. Eight of these 10 medals — three gold, three silver and two bronze — were won in hockey, while one bronze was won in wrestling by Mohammad Bashir (Rome 1960) and one in boxing by Syed Hussain Shah (Seoul 1988). Pakistan has sent its athletes to compete in every Summer Olympic Games since 1948, except when it participated in the American-led boycott of the 1980 Moscow Summer Olympics in Soviet Union. In the 1996 Atlanta Summer Olympics, Pakistan’s Syed Hadi Haider Naqvi did pick up a bronze medal in the demonstration sport of taekwondo, but as the sport was not given full status then, the medal was not recognised in the official tally. Pakistan’s first ever participation in the Winter Olympic Games was at the Vancouver Olympics 2010 when Mohammad Abbas became Pakistan’s first athlete to qualify in the Alpine Skiing (Giant Slalom) category. Pakistan also participated in the 2014 Sochi, 2018 Pyeongchang and 2022 Beijing Winter Olympics but was not able to win any medal. Pakistan has not won a single medal at the Summer Olympic Games since 1992 Barcelona.

The Olympic Games is the world’s biggest sporting festival. Biggest in the numbers of its competitors, its spectators, the global reach and television coverage. During its brief history of just 120 years, the world’s great cities have sought right to host it and generations of men and women have willingly dedicated years of their lives in efforts to be part of its quadrennial celebrations. Some have done so for gold, silver and bronze medals and the prestige those bestow on their winners. Some only for the privilege and pleasure of taking part because, in the words of the Olympic Creed: “the important thing in life is not the triumph, but the fight, the essential thing is not to have won, but to have fought well.”

Though sports activities continued, sports were never understood, studied and researched deeply. It is very unfortunate that like many other institutions, sports have also failed to sustain and grow as a national priority. Sports activities in the country have been reduced to matter of chance and personal interest only.

Anybody outside Pakistan who spent time watching the last Olympic Games — Tokyo 2020 — might not realise that sports are played in Pakistan. Pakistan failed to win a medal of any colour at the Tokyo Olympics. It is sad that Pakistan, a nation of 220 million, hasn’t won an Olympic medal for the last 30 years. This isn’t the performance of a country that values sports. Most of us would have already forgotten the athletes who represented Pakistan at the Rio Olympics 2016 and Tokyo Olympics 2020. The country was represented by those athletes, who competed in the qualification phases of their respective events and none of them went beyond this stage and neither did they look close to competing with their highly skilled, trained and battle-hardened opponents.

It is lamentable that Tokyo 2020 was no different from Rio de Janeiro 2016, London 2012, Beijing 2008 or any of the preceding Olympics going back to Atlanta 1996, with Pakistan returning empty-handed from each of the last six Olympic Games. Each time, there had been a hue and cry over the dismal state of affairs but the fact is that Pakistan continues to nosedive further as time passes and one isn’t even sure if we have hit our lowest point yet. Since 1948, hockey had been Pakistan’s main hope for an Olympic medal. The hockey squad always formed a major part of Pakistan’s Olympic contingent. It is frustrating that Pakistan hockey, which remained up in the clouds for more than three decades, is not the same force that it used to be, and failed to qualify for two consecutive Olympic Games: Rio 2016 and Tokyo 2020. Pakistan hockey, which inspired millions around the globe, last won an Olympic medal in 1992 Barcelona.

The reasons for sports decline in Pakistan are numerous. While cricket remains hugely popular, all other sports have seen a big deterioration in the past two decades. The main being the government paying almost no attention to nurturing talented players and providing them sporting facilities and guidance. Perhaps main reasons for this extraordinary decline in sports are lack of funding, lack of vision and largely due to bad governance. Therefore, elimination of political influence from sports is as important as improving the health, education and various other sectors. In the beginning it seems that sporting success for Pakistan was heaven-sent. A country with little or no sporting infrastructure quickly rose as a force to be reckoned with in a variety of sports. Their success made us over-confident to the point that we thought it was our birthright to excel at the world level. That is one of the reasons why we failed to develop a single world-class sports academy despite the fact that Pakistan considers itself to be a sports-mad nation. But with the passing away of honest, determined and towering sports leaders, the national sports bodies were occupied and taken over by cliques of non-professional people. Though sports activities continued, sports were never understood, studied and researched deeply. It is very unfortunate that like many other institutions, sports have also failed to sustain and grow as a national priority. Sports activities in the country have been reduced to matter of chance and personal interest only.

In games other than cricket, unless an individual tackles all the impediments and becomes successful on his/her own strength, he/she doesn’t get any recognition. This is a major drawback in Pakistan sports. Examples can be given of our tennis, boxing and wrestling stars Aisamul Haq Qureshi, Mohammad Waseem and Muhammad Inam Butt. We have also failed to understand the fact that over the years, sports have advanced to a different level in developed countries of the world. The rules of the games have changed tremendously. In the past, sports were an art, today they are pure science. Today we are trying to win a war with bows and arrows while many of our opponents are equipped with the latest gadgetry. Most importantly, we have ignored the mother of all sports — athletics. We follow cricket, cricket and more cricket. But we have ignored athletics at our own peril. Without producing fit and fast athletes we cannot excel in many of the sports we love and that includes cricket. Athletics is one sporting discipline not requiring large resources. Poor countries like Kenya and Ethiopia are major powers in distance running.

What more depressing is that Pakistan’s sports budget is the lowest in South Asia, less than that of Bangladesh, Sri Lanka, Nepal, Afghanistan and even Bhutan. Government officials and private sector are not interested in investing in anything other than cricket. Our athletes are truly frustrated because mostly coaches are not literate, and they have been teaching what they taught 30 to 40 years back. Without infrastructure a lot can be done, but without techniques no one can win. For women athletes, the conditions are even worse. They are not allowed to train outdoors, and there is hardly any familial support for talented young girls. The grassroots system is almost non-existent, children in schools rarely play a sport that is not cricket, and top athletes seldom compete against the world’s best as the cash-strapped national sports federations cannot afford to send them abroad.

These are times when one fails to figure out what is keeping Pakistan sports alive. Sports activities in schools, colleges and universities have touched an all-time low because of diminishing sports fields, poor systems and lack of interest in sports by young generation who have many other options to keep them occupied. The insistence of Pakistan parents on making their children doctors, engineers, civil servants, businessmen, IT specialists and cricketers is one of many reasons why Pakistan does not produce world class sportspersons.

Governments all over the world keep sports and education as their top priority, build infrastructure, hold talent development programmes for players and promote medical sciences in sports to compete in the world of sports. India spend billions of dollars on sports, but in Pakistan it is totally opposite because sports are not our priority. Patronising only cricket and ignoring other sports is very unfair. Cricket does not have the kind of global competition that others sports have as its playing is limited to a handful of largely Commonwealth countries. More than any other sporting occasion, the Olympics denote a country’s progress or the lack of it. Olympians are marked by their heroics, their endeavour, their struggle against the odds. Pakistan has no Olympian of note for our present generation. Sports are neither a burden on national economy nor an impediment to development, but an engine for economy and development and means to strengthen the socio-economic order. It is indeed a force multiplier to strengthen the federation and promote peace and harmony among provinces. In this fast changing milieu, Pakistan needs to take a fresh start with a new, realistic and scientific sports narrative that may lead to a comprehensive sports policy and develop Pakistan as a powerhouse of sports.