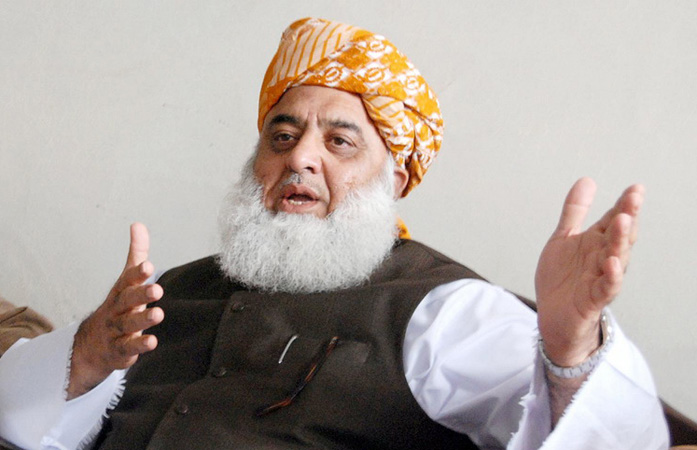 Prime Minister Shehbaz Sharif has assured his coalition partner and Jamiat-e-Ulema Islam (F) Chief Maulana Fazlur Rehman that the government will withdraw an appeal against the Federal Shariat Court (FSC) verdict over Riba. Fazlur Rehman met with Shehbaz Sharif on Wednesday in Islamabad and after the meeting, a JUI-F spokesperson told reporters that the PM had instructed the government task force to withdraw the appeal. Riba is the Arabic word for ‘usury, but it also connotes all types of ‘interest’ on loans. An FSC bench issued a judgment in April this year declaring that the prohibition of Riba was absolute in all its forms and manifestations and that the government must eliminate it from the financial system within five years. The FSC bench, which heard the case for twenty long years, set “the 31st day of December, 2027” as the date “on which the decision shall take effect by way of complete elimination of Riba from Pakistan.” The State Bank of Pakistan and four commercial banks, including the state-owned National Bank of Pakistan, earlier this week approached the Shariat Appellate Bench of the Supreme Court to seek “guidance” about the implementation of the FSC ruling. This was reported as government and commercial banking challenging the FSC verdict and led to backlash from social media users and religious parties. The prime minister has assured Fazlur Rehman that the NBP will withdraw its appeal, a private TV channel reported. Maulana Fazlur Rehman communicated his concerns to the prime minister during the meeting. The JUI-F chief told the prime minister that the Muslim ummah viewed Riba as the ailment that destroyed the country’s financial system.