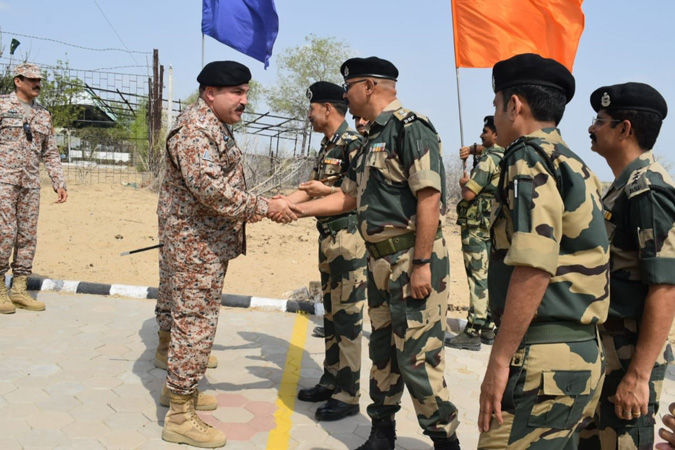 The Pakistan Rangers participated in a ground commander-level meeting with the Indian Border Security Force (BSF) on Wednesday at the Pakistan-India border in Rajasthan. The Pakistani side was led by Lt Col Murad Ali Khan, Wing Commander, Pakistan Rangers while the Indian side was led by the BSF Commandant G L Meena. The two held a meeting in the Barmer district to discuss matters pertaining to security at the international border. “Such meetings are held to address border security-related issues at the local commander (battalion) level,” the spokesperson said. Pakistan Rangers monitor the Pakistan-India international border of Punjab and Sindh. The rangers and BSF had exchanged sweets and pleasantries on the occasion of Eidul Fitr at the Wagah border and other border areas earlier in May, as well as in January this year on the occasion of 73rd Indian Republic Day. The goodwill gestures follow the relatively better situation viewed at the border after Pakistan and India reached a ceasefire agreement in February last.