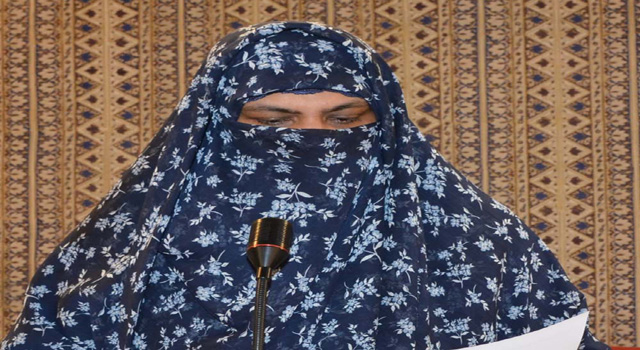 “Of these, 494 million still defecate in the open, for example in street gutters, behind bushes or into open bodies of water,”

Addressing an awareness session “Toilets making the great under sanitation for millions (S4M)” jointly organised by GIZ and BRSP here at a local hotel on Wednesday.

The session was organised to award winners of schools and seminary students with shields for best sanitation facilities. As many as 100 schools and 25 seminaries were given the task to participate in the sanitation competition.

Dr. Rubaba Buledi said that Pakistan has made significant progress in improving access to sanitation however according to UNICEF report, 25 million people still practice open defecation. Lack of access to proper sanitation facilities negatively impacts the health and well-being of children.

“53,000 Pakistani children under five die annually from diarrhoea due to contaminated water and poor sanitation,” she further said. She kept on saying that children suffering from repeated episodes of diarrhoea are likely to fall behind in school or drop out altogether. Furthermore, it can also cause stunting that currently affects almost 44 percent of children in Pakistan.

Lauding the efforts of GIZ and BRSP, she said that improvement in sanitation and hygiene was part of Sustainable Development Goals; the government is making endeavours to achieve these goals in collaboration with the organisations working on the issue.

“There is dire need to expand it to the interior parts of the province engaging the local community to succeed more effectively. She deplored that due to poor sanitation facilities, a huge chunk of the poor class is wasted in saving their children from viruses and bacteria.

“With provision of best hygienic and sanitation facilities, we could save their money from wastage,” she maintained.

Senior Technical Advisor GIZ Pakistan Hashim Khan on the occasion said that GIZ is making all out efforts to sensitise people about the sanitation and provide maximum support in this connection.

GIZ Technical Advisor thanked the Women Parliamentary Caucus of Balochistan Assembly for extending its support for creating awareness on sanitation.

Provincial Technical Advisor GIZ Jaffar Shah said that a sanitation task was given to 100 schools and 25 seminary students, of them three best were awarded with certificates and shields.

However, he noted that all those who participated are our partners in saving the future of our new generation. They are volunteers who came forward to play their part vigorously.

Earlier, the winners were awarded with shields and certificates.