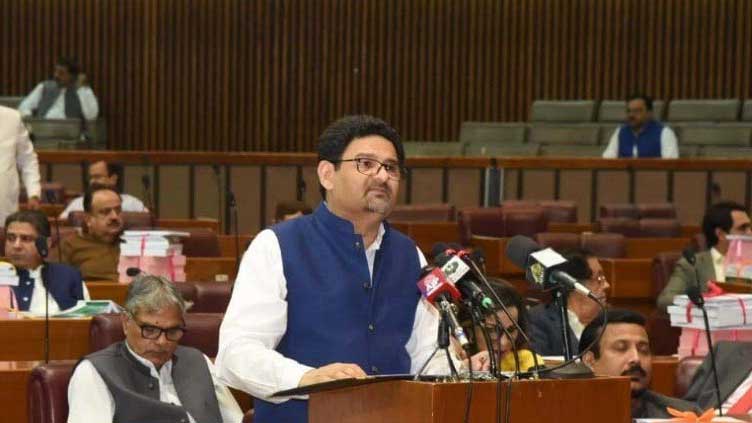 ISLAMABAD: The National Assembly on Wednesday passed the Finance Bill-2022 after clause-by-clause consideration and adopting certain amendments in it.

Aisha Ghaus Pasha moved the motion for consideration of the Finance Bill, 2022, to give effect to the financial proposals of the federal government for the year beginning July 1, 2022.

The motion was passed with a majority vote, which led to the passage of Finance Bill-2022 after clause-by-clause reading and adopting amendments after due process of voting.

All the amendments moved by the Minister of State for Finance and treasury lawmakers were adopted by the House, while the amendments of opposition members, including Javaria Zafar Aheer (PTI), Wajiha Qamar (PTI), Ramesh Kumar (PTI), Saira Bano (GDA), Maulana Abul Akbar Chitrali (MMAP) and an Independent MNA, Mohsin Dawar, were rejected by the House after voting.

The formal debate started on June 13, 2022, and continued till June 24, 2022. The House also discussed the recommendations of the Senate, and three MNAs expressed their views on them.

Minister for Finance Miftah Ismail concluded the debate on the Finance Bill on June 24, 2022. The House held a discussion on the charged expenses included in the Demands for Grants and Appropriations for the financial year ending June 30, 2023. The House approved 131 demands for grants related to various departments and ministries.

The total volume of the federal budget for the fiscal year 2022–23 is Rs 9.5 trillion with an allocation of Rs 2,158 billion under the Public Sector Development Programme (PSDP), which is one percent up from Rs 2,135 billion last year.

The Ministry of Finance has termed the budget 2022-23 as a growth budget and it is based on a well-thought-out strategy to boost the economic growth outlined in the medium-term budgetary strategy paper for FY23 to FY25. It gives a clear roadmap of the strategic priorities, revenue and spending policies of the government.

During the debate on the Finance Bill, Aisha Ghaus Pasha said there had been no pressure from the International Monetary Fund (IMF) to integrate amendments into the federal budget for 2022–23, saying that the changes had been made in the larger interest of the country.

She said that the amendments were made in such a way that the common man should not be affected, adding that the government had reduced taxes on people having small incomes while increasing taxes on higher-income people.

She said the previous government agreed on some amendments with the IMF that were being followed due to the commitment of the State to the international monetary institution. She said that a super tax was being levied on the richest industrialists while small income segments had been given relief.