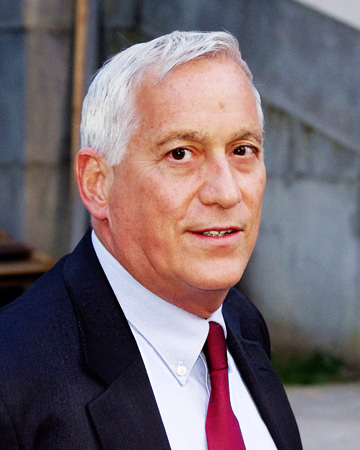 It requires an exceptional biographer to explore the life of Albert Einstein – the greatest mind of our era. Walter Isaacson is perhaps among the elite writers – having a unique expression and style as a biographer – who deciphered the Einstein’s life and times in Einstein: His Life and Universe. The book is more than just a biography. It is a chronological exploration of the various eras in Einstein’s life. The book opens with his early childhood leading to his youth years. It focuses on the time when Einstein began contemplating the mysteries of physics to decode the impossible.

Spread across 36 chapters, Isaacson presents Einstein’s eccentricities that made his personality unique. Isaacson looks into the famed physicists’ scientific philosophy, cognitive skills, and curious nature while touching upon his personal life. Readers may know, to some extent, the academic achievements of Einstein. Isaacson also shares the relatively less-known moments from Einstein’s life that delight the readers. For instance, Isaacson mentions one of Einstein’s classmates predicting that he will become a ‘great man’. Similarly, in a rather unorthodox meeting in 1930s, Einstein invited Saint-John Perse, a French poet-diplomat, to Princeton “to find out how the poet worked.” He asked Perse, “How does the idea of a poem come?” Perse replied by saying that intuition and imagination play a role in this regard. With delight, Einstein replied that “It’s the same for a man of science.” Einstein explains that “intelligence analyses and experiments confirm or invalidate the intuition. But initially there is a great forward leap of the imagination.”

The biography begins with Einstein’s full-of-life quote that reads, “Life is like riding a bicycle. To keep your balance, you must keep moving.” He wrote this in a letter to his son Eduard. Isaacson begins the first chapter “The Light-Beam Rider” by sharing the four history-changing papers that Einstein shared with his friend. These letters pertained to radiation and the energy properties of light, the determination of the true sizes of atoms, the restless motion of microscopic particles in liquid and electrodynamics of moving bodies. 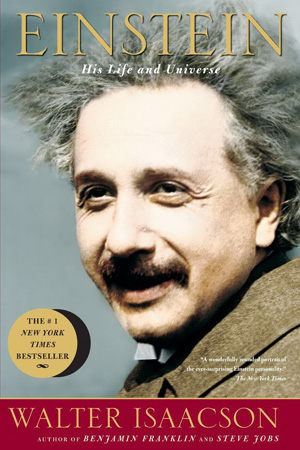 Unlike scientists and physicists, career choices for Einstein were not influenced by racing forward. They were more about focusing on the questions, exploring the realities and unearthing the truth behind the concepts. He asked questions and in his quest, he achieved academic brilliance because of his innate quality to discover and explore. Einstein used all available resources to uncover the ambiguities surrounding science, cleared away the doubts that concealed knowledge and gained awareness about the concepts and theories he read and researched during his life. The book teaches the readers – especially the students and teachers alike – the power to question. Einstein deduced equations, solved problems and presented ideas by asking and through intuition. He did not only seek answers, he pursued acquiring knowledge through action.

The biography may serve as a case study for readers of all ages. The way Isaacson has delved into Einstein’s life and career provide the readers lessons on how to develop a sense of purpose and meaning in life, how to carve a curious mindset and how to tread on unfamiliar paths in search of knowledge.