Farhan Saeed opens up on relationship status with Urwa 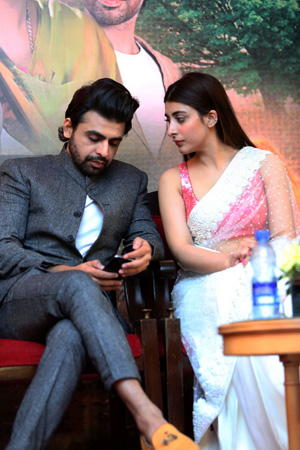 Rumours of Farhan Saeed and Urwa Hocane’s separation have been making rounds for years now, but the pair have never spoken about it publicly – until now.

Farhan Saeed, in an interview with a local publication, opened up on his relationship status with Urwa Hocane.

When prompted if the two have separated, the singer replied: “No, we are alright.”

Farhan Saeed also shed light on why people like to assume about his marriage with Urwa Hocane.

He added: “Urwa and I have decided that we will not make our life very public. The masses just have so much to say about everything and some of their comments can be hurtful. We just want to keep some parts of our lives to ourselves.”

Farhan Saeed and Urwa Hocane got married in 2016. Earlier last year, rumours of their separation started making rounds but the two never confirmed it or spoke about it publicly. The couple will be working together in the upcoming Pakistani film, Tich Button.