Pakistani films to be showcased in international summit

* The film 'Together We Grow, Together We Empower' showcased the true story of Bushra Rahim, a Muslim businesswoman in Peshawar, who welcomed women of different faiths 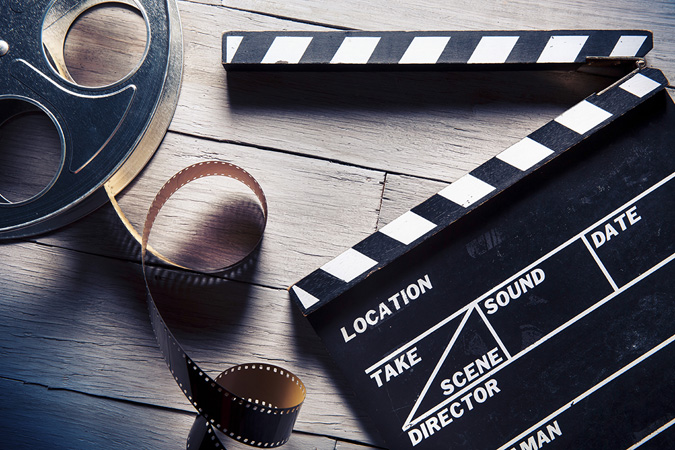 After winning top honours in the Religious Freedom and Business Foundation Film Competition in Los Angeles earlier this month, selected films by Pakistani filmmakers will now be showcased at the International Religious Freedom (IRF) summit in Washington DC at the end of this month.

The film titled Together We Grow, Together We Empower by Peshawar-based Fatima Nazish was awarded the grand prize in the competition. Together We Go Farther by Samantha Javed (Rawalpindi) was the first runner-up and Darkness to Digital Lights by Shahzad Naveed from Swat was the second runner-up. The grand prize winner received a cash prize.

The film Together We Grow, Together We Empower showcased the true story of Bushra Rahim, a Muslim businesswoman in Peshawar, who welcomed women of different faiths to her centre and trained them to become entrepreneurs. One of these women, Raveena was Hindu, and unable to find work because of this until Bushra intervened.

In the film Together We Go Farther, a young entrepreneur opened the doors of her parlour to both Muslim and Hindu women despite the social challenges and left a lasting impact of interfaith harmony in her community.

The film from Darkness to Digital Lights, chronicled the courage and innovation of an 18-year-old girl who ran a software academy and business in Swat, where educating girls was banned during the Taliban era.

“The films continue to get better and better, providing both stronger arguments and more compelling visual stories, making the case that religious freedom is good for business,” he said.

Many of the submissions to the film competition came from the 30 women who took part in Empower Women Media’s Pakistan Media Training Fellowship. For six months, these talented Pakistani women learned about freedom of religion or belief and received expert training on how to produce contextualised digital media to reach their communities and world class leaders.

Sponsored by Empower Women Media and the Religious Freedom and Business Foundation, the competition showcased benefits of inclusivity and multi-faith living in the workplace and society.

“We were amazed to witness the tenacity and creativity of the Pakistani filmmakers,” said Shirin Taber, director of Empower Women Media.

“They took risks to share their women’s empowerment and religious freedom stories. Their films have the potential to change lives and shift the culture at large. We need more female advocates like them,” she said.

The winning films were screened for civil society and interfaith leaders at the IRF Film Festival and Roundtable in Islamabad last week.