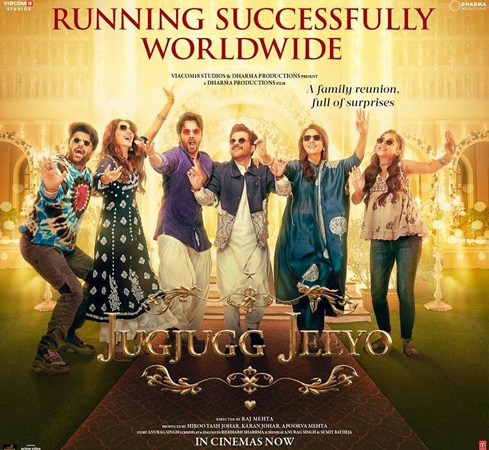 In the world of fashion, there are no political divides and Bollywood’s love for Pakistani brands confirms it time and again. This time, Bollywood actor Anil Kapoor wore Pakistani brand Rastah’s jacket in his latest release JuggJugg Jeeyo. On Saturday, the eclectic apparel brand Rastah’s co-founder Zain Ahmad took to Twitter about the “surprise” he woke up to. “Woke up today and was pleasantly surprised to see the legend Anil Kapoor in Rastah for his new film Jugjugg Jeeyo!” One of the film posters shared by the Mr India actor also features the jacket. Kapoor is definitely rocking the blue upper. Earlier in May, Zain had shared a collaborative shoot with Anil’s son, Harshvardhan Kapoor, who is also an actor and producer, on Rastah’s Instagram page. The post saw Harshvardhan in a Rastah handcrafted denim yarn-dyed jacket with Anil standing behind him in an orange button-down and white inner paired with white pants. The designer co-founded the Pakistani streetwear fashion label Rastah in 2018. His creations have been worn by several bigwigs, including Bollywood filmmaker Karan Johar, Oscar-winning actor Riz Ahmed, as well as rapper French Montana.