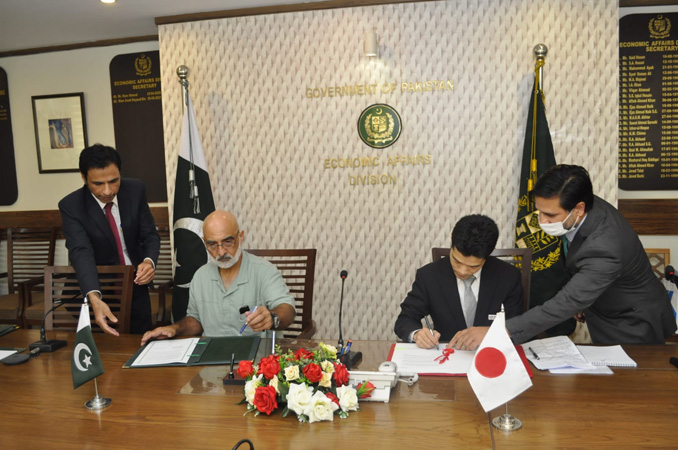 The Government of Japan on Tuesday announced grant aid worth 313 million Japanese Yen (around 2.4 million USD) for the Human Resource Development Scholarship (JDS) program in the Islamic Republic of Pakistan.

JDS is designed to support social and economic development of the country by providing government officials to obtain Master’s or Doctoral degree in Japan in order to strengthen the administrative capacity of officials. The participants of JDS program who are involved in formulation and implementation of policies are expected to learn in partner universities in Japan and acquire knowledge of their specialties as well as the know-hows of how Japan became a country as it is today.

As JDS in Pakistan started from 2018 and has four batches in four consecutive years, the first phase concluded this year. This occasion celebrates the signing of the very first batch of the second phase of this program. For this batch, the maximum number of the slots for JDS participants in Pakistan is 17 seats for the Master’s degree and one seat for the Doctoral degree.

Mr. KINOSHITA while speaking at the event said “It is worth stating that Japan and Pakistan are celebrating 70 years of anniversary this year. We hope that JDS fellows as well as those 7,000 JICA training participants supported under Technical Cooperation Program will build broader human networks that will benefit both Pakistan and Japan in the long run.

“Mr. ISHII highlighted that “JDS scholarship is expected to contribute to strengthening the administrative capacities of government of Pakistan by providing the talented government officials with the opportunity to obtain the Master and Doctor of Philosophy degree, so that they can effectively lead the social and economic development of Pakistan. I hope this project would further contribute to strengthening the friendship between the two countries.”