Farhan Saeed has a piece of advice for audience 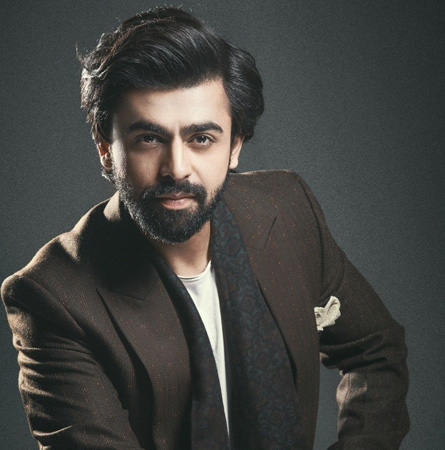 Pakistan showbiz heartthrob, Farhan Saeed advised fans to appreciate the living legends of the industry before ‘it’s too late’.

Taking to his social media stories earlier this week, ‘Mere Humsafar’ star shared his Instagram memory of two years ago when he paid a heartfelt tribute to the then-living legend of Pakistan’s entertainment industry, comedian Umer Sharif.

“I told him two years back on this day how special he is when he was ALIVE, now he is not,” Saeed penned along. “Tell your legends how special they are when they are here between us before it’s too late!”

In the end, he added “Rest in peace sir” with a heart emoticon and hashtag reading ‘living legends’.

It is pertinent to mention that ‘King of Comedy’ – Umer Sharif passed away in Germany on October 2, 2021, after a prolonged illness.

On the work front, Farhan Saeed is currently winning hearts with his portrayal of Hamza in the superhit serial ‘Mere Humsafar’, opposite Hania Aamir. The show features an ensemble supporting cast including Samina Ahmed, Saba Hameed, Waseem Abbas, Tara Mehmood, Zoya Nasir, and Omar Shahzad. He is also awaiting the release of his much-anticipated movie ‘Tich Button’ which is expected to come out sometime later this year.