Lynne comments on Britney’s wedding after not being invited 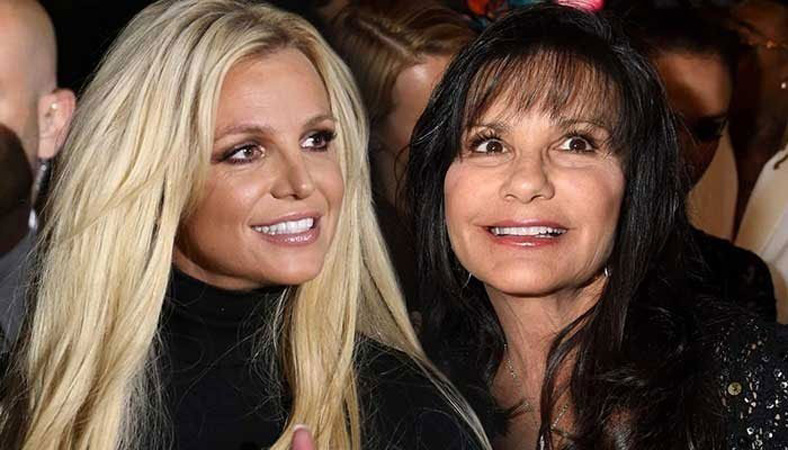 Lynne Spears may not have been invited to her estranged daughter Britney Spears’ wedding to Sam Asghari, but she still had plenty to say about the nuptials.

After the singer shared several photos from the couple’s big day on June 9, her mom commented on one of her Instagram posts, “You look radiant and so happy! Your wedding is the ‘Dream’ wedding! And having it at your home makes it so sentimental and special! I am soooo happy for you! I love you!”

Lynne also liked a post from Sam’s sister Fay Asghari, who wrote on her Instagram page, “One of the most beautiful and emotional moments of my life was to watch my brother get married. I love you both so much @samasghari & @britneyspears.”

Also not invited to Britney’s wedding: Her dad and longtime past co-conservator Jamie Spears, plus her sister Jamie Lynn Spears, who later liked one of E! News’ Instagram posts about the nuptials. Britney did not respond publicly to her sister or mom’s social media responses. Many of the singer’s fans criticized Lynne over her post. For over a year, she and other members of the Spears family have drawn fire from Britney’s supporters for allegedly not supporting her enough amid her bid to terminate her legal conservatorship, which the star had deemed abusive. It ultimately ended last November after 13 years.

Many fans have also highlighted on social media how a week before Britney and Sam tied the knot, Lynne liked an Instagram post from the singer’s first ex-husband, Jason Alexander, who was married to the pop star for 55 days in 2014, and who was arrested for trespassing after allegedly crashing the star’s wedding. He had shared an article about how Lance Bass claims there’s “still a wall” around Britney despite the termination of her conservatorship.

In early November, a week before the conservatorship ended, Lynne submitted a petition requesting that Britney’s estate pay her attorneys’ fees and other costs, totaling more than $660,000, that she accrued during the court battle. The papers state that Lynne had discussed joining the conservatorship, which was largely controlled by the singer’s dad until September, as an interested party extensively with the pop star, who allegedly “enthusiastically agreed.”

In April, Britney’s lawyer filed a response that said, per Billboard, “While had the right to hire and pay for her own counsel, from her own funds, this is, in effect, an issue between Lynne Spears and her lawyers, and there is no legal basis for placing Britney Spears in the middle of it.” After Lynne filed her petition, Britney took to Instagram to accuse her mom of “ruining” her life, alleging that she was the one who gave her estranged father “the idea” of establishing the conservatorship in the first place. Britney’s mother, who divorced Jamie in 2002, did not respond to her daughter’s post and her rep had no immediate comment when reached by E! News.