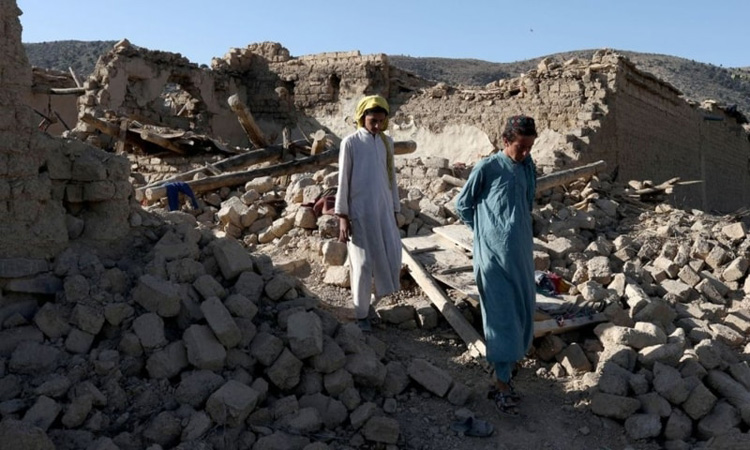 Aftershocks continue to be felt in the area hit by a deadly earthquake in Afghanistan last week and the area remains unsafe for survivors, a senior Afghan official said on Monday, as authorities continued to grapple with the disaster’s fallout. Afghanistan’s most destructive earthquake in decades struck a remote southeastern region near Pakistan’s border on Wednesday last week, killing at least 1,000 people, injuring 3,000 and destroying 10,000 homes. Among the dead were 155 children, with nearly 250 children injured and 65 orphaned, the UN humanitarian office (OCHA) said. “The place is not safe yet,” Afghanistan acting Minister of Public Health Qalandar Ibad told a news conference in Kabul, adding that tremors continued to be felt in the area. Aftershocks on Friday killed five people and injured 11. There are no reports of injuries in the later tremors reported by Ibad. He said structures partially damaged in the main shock were not liveable and people had to live in tents. On the other hand, he said the mercury would drop fast in the coming weeks in the mountains and this presented a fresh challenge for authorities. “People do not have shelters – elders, children. … We ask the international community to pay attention,” he said. The disaster is a major test for Afghanistan’s hardline Taliban rulers, who many foreign governments have shunned because of concerns about human rights since they seized power last year. In addition, sanctions on Afghan government bodies and banks have cut off most direct assistance for a country that was facing a humanitarian crisis, including famine, even before the 6.1 magnitude earthquake struck. The United Nations and several other countries, including Pakistan, have sent aid to the affected area.