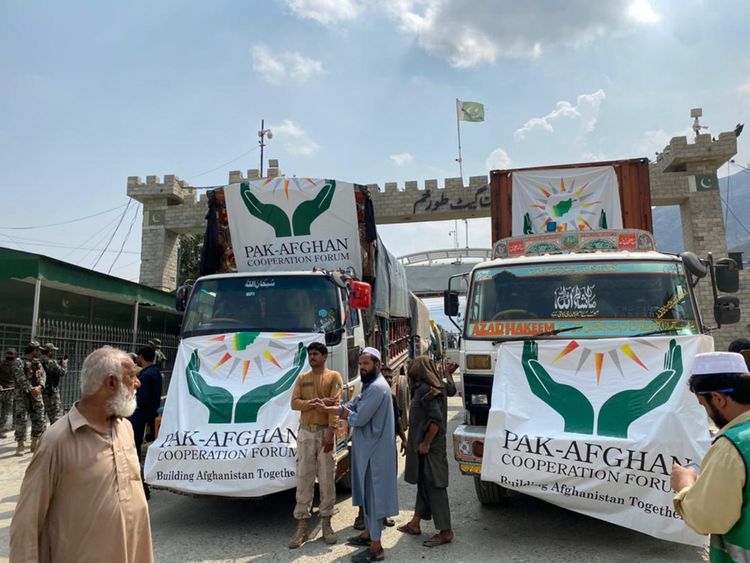 ISLAMABAD: The Pakistan Afghanistan Cooperation Forum (PACF) is keeping up its efforts to assist the people of Afghanistan hit by the recent devastating earthquake hitting the eastern part of the country.

At least 1,000 people had died and around 3,000 sustained injuries while hundreds of houses were destroyed in the quake which affected the mountainous province of Paktika. Following the earthquake, Afghanistan’s Taliban government had appealed for more international help to cope with the humanitarian situation.

The Forum is extending the relief support to the Afghan people in collaboration with the Al-Khidmat Foundation. In the recent past, the PACF had also organized free eye camps in the hospitals at Kabul and Khost where thousands of the patients from various parts of the war-torn country were treated free of charge by the Pakistani doctors.

On June 17, the PACF also received the first batch of Afghan children with congenital heart diseases (CHD) at Torkham border who would receive medical treatment in Pakistan. The Forum’s efforts to uplift the Afghan people are part of Pakistan’s policy aimed at a strong and stable Afghanistan with both the public and private sectors making dedicated efforts in this regard.

He also conveyed that Ghulam Khan and Angoor Adda border crossing points had been opened for the transportation of the seriously injured Afghans for their treatment in the Pakistani hospitals.