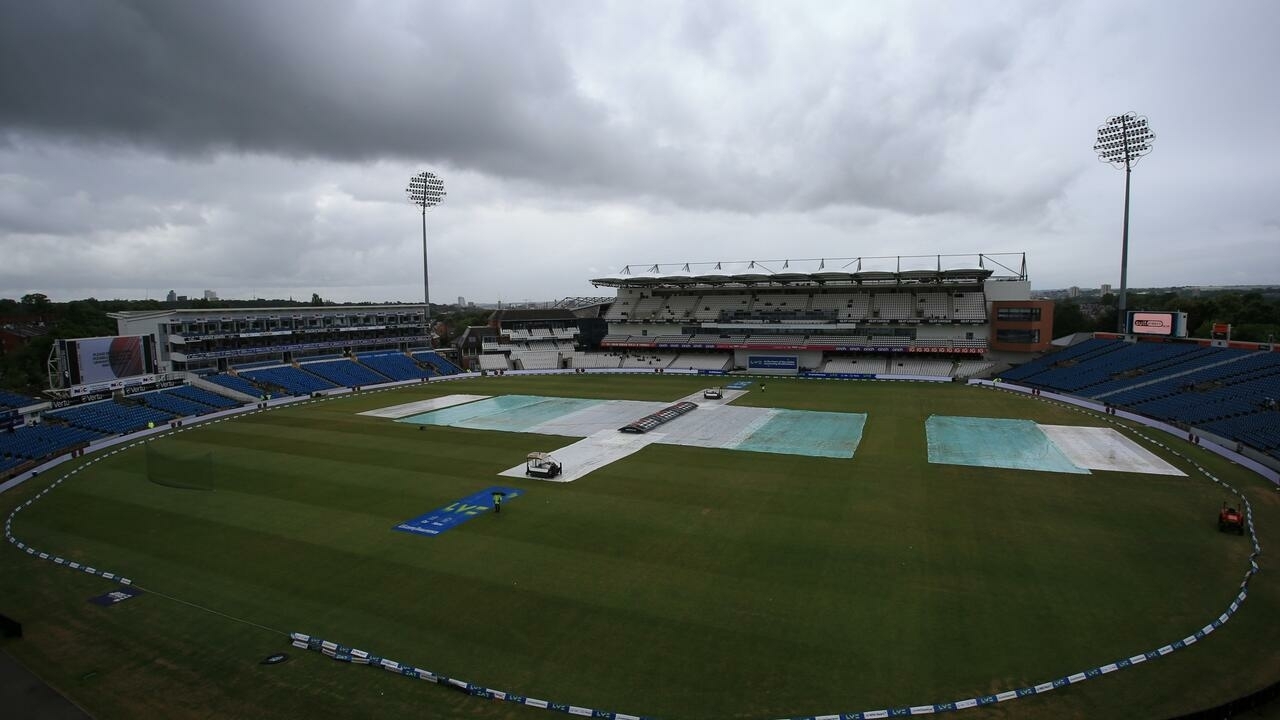 Leeds, United Kingdom: England’s attempt to complete a 3-0 series whitewash of New Zealand at Headingley on Monday finally got underway after rain meant there was no play before lunch. England headed into the last day of the third and final Test on 183-2, needing just 113 more runs to reach a victory target of 296.

But when Ollie Pope (81 not out) and Joe Root (55 not out) should have been resuming the run chase at 11:00 am local time (1000 GMT), persistent rain kept the players off the field and meant there was no play in the morning session.

The umpires brought forward the lunch interval and the match eventually resumed at 1:30 pm.

This series against the Test world champions is England’s first red-ball campaign under their new leadership team of captain Ben Stokes and coach Brendon McCullum, himself a former New Zealand skipper. England came into this series having won just one of their previous 17 Tests.

But the Stokes-McCullum era has started in fine style, with England chasing down stiff targets of 277 and 299 while recording five-wicket wins at both Lord’s and Trent Bridge to take an unassailable 2-0 lead. England were in dire straits at Headingley when they slumped to 55-6 in reply to New Zealand’s first-innings 329.

However, an England seventh-wicket record stand of 241 between Jonny Bairstow, with 162 on his Yorkshire home ground, and Test debutant Jamie Overton, who made 97, turned the tide. New Zealand made 326 in their second innings, with Tom Blundell top-scoring with 88 not out and Daryl Mitchell making 56 as the pair shared their fourth century partnership this series.

But after paceman Matthew Potts removed the in-form Mitchell, Jack Leach mopped up the tail on his way to 5-66 for a match return of 10-166 — the first time the left-arm spinner had taken 10 wickets in a Test.