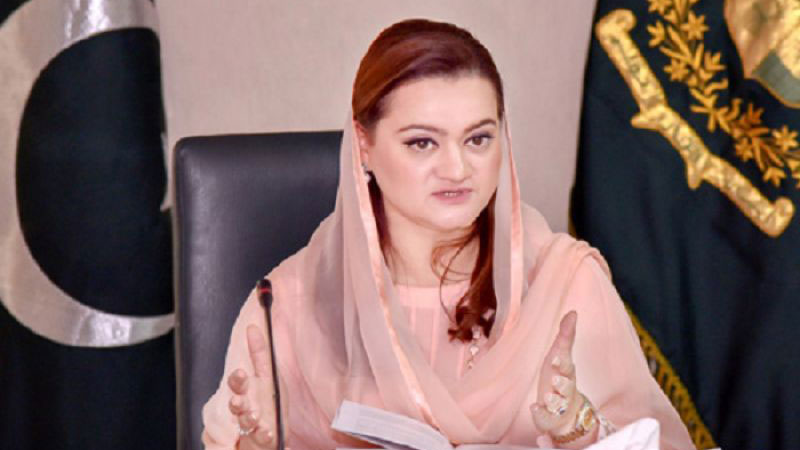 ISLAMABAD: Minister for Information and Broadcasting Marriyum Aurangzeb said on Monday that ‘mother language’ was the identity of every individual and it was imperative to protect and preserve all languages.

Addressing the inaugural session of International Training Workshop on “Language Documentation ” at Allama Iqbal Open University (AIOU), she  said that global action was needed for protection and preservation of languages.

” In the modern world, many languages are on the verge of extinction and their documentation is needed for the protection of endangered languages,” she maintained.

Appreciating the AIOU for this initiative, she said  that languages bring together different cultures and societies.

The minister said that the younger generation needed to be made aware about their cultural and linguistic heritage.

Marriyum Aurangzeb said that multilingual culture was essential for the development of any society and country as languages bring together different cultures and segments of the societies.

She said that about 80 languages were spoken in Pakistan, out  of which 26 were facing extinction due to various reasons.

The minister said that the importance of one’s language outside the country could not be denied as  language represented the culture and heritage and was the identity of any person.

The minister said this workshop was the beginning of a chapter that would help in understanding the importance of languages, she said adding the government would provide all possible support to AIOU for a linguistic management system.

She said that Prime Minister Shehbaz Sharif himself spoke six world languages, and  he was well aware of the importance of language as  “Language fosters social relations and  language is a force that strengthens cultures.”

She said unfortunately, our curriculum lacked content related to preservation of language, which was vital for  the survival of nations.

“Unfortunately, our curriculum lacks all these things. We have to make our young generation and children aware of the importance of languages. We have to increase our children’s connection with our language,” she said.

Marriyum Aurangzeb said that the government was striving for a single curriculum, “on which we are moving forward effectively”.

She said that this initiative of Allama Iqbal Open University could be included in the curriculum to  provide information about languages to the children.

She said PTV and Radio Pakistan’s platforms could also be used to promote the initiative, and this program would be aired regularly to create awareness about the importance of native languages.

“Language enhances social connection and communication, a force that strengthens different cultures,” she said that survival of nations lied in the preservation of languages, which forms our national identity.

“Unfortunately, our curriculum lacks all these things. We have to make our young generation and children aware of the importance of languages. We have to increase our children’s connection with our language,” he said.

She said that this initiative of the Open University was not only a documentation of language but also a documentation of culture, history, heritage and national identity, which should also include schools, universities, and colleges.

The minister said that this initiative could be easily incorporated in the curriculum of the Federal Directorate of Education and discussions would be held with the provinces in this regard.

She said that language documentation could be started in schools, colleges and

universities and various methods and tools could be used to make this initiative a success.

The four-day workshop has been organized by Allama Iqbal Open University’s Center for Languages and Translation Studies and ORIC in collaboration with the University of North Texas, USA, and Englishers LLL International Turkey.