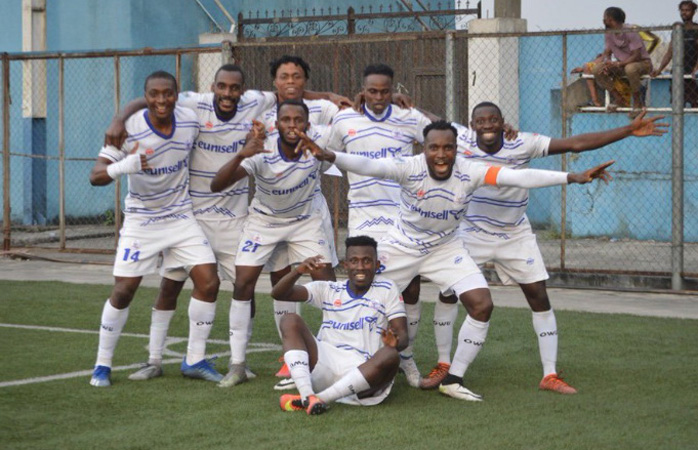 ABUJA: Rivers United were crowned Nigerian league champions on Sunday after closest rivals Plateau United lost 2-1 at Akwa United to give the Port Harcourt side an unassailable lead with three rounds of matches still to play. Rivers United, who play away at Nasarawa United later Sunday, have 71 points from 34 matches, 10 points clear of Plateau United, who have played 35 matches, while Remo Stars are a distant third on 53 points. Winning the league earns United a place in next season’s CAF Champions League. It is the first major honour for Rivers United since they were formed following a merger of Port Harcourt’s two top clubs – Dolphins and Sharks – in 2016 They are owned by oil-rich Rivers State Government, who have made them one of the best-run clubs in Nigeria. The club nicknamed “The Pride of Rivers” feature the league’s joint leading scorer Chijoke Akuneto, who has 16 goals, and winger Ishaq Kayode, who has netted 15 goals. Last season, Rivers United were runners-up to another club financed by an oil-rich government, Akwa United.