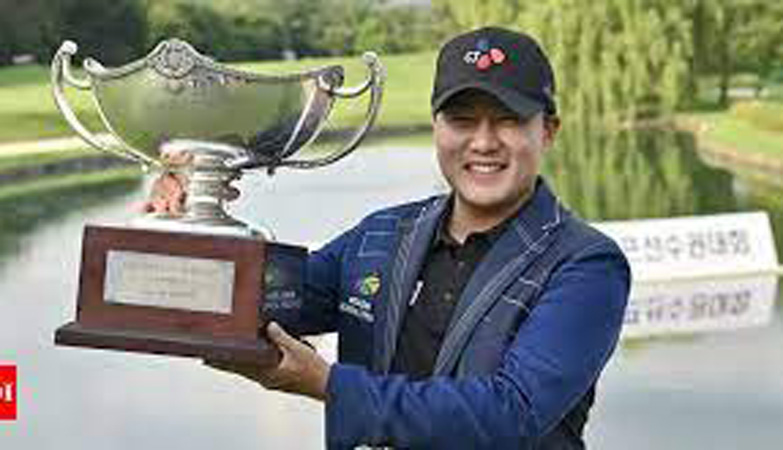 CHEONAN: South Korea’s Kim Min-kyu won the national title at the Korea Open Golf Championship on Sunday, clinching his first victory on home soil. Kim claimed the title after a fierce battle, with the final round of the Asian Tour event at Woo Jeong Hills Country Club in Cheonan going to a playoff. The 21-year-old headed into his penultimate hole tied in first place at five-under-par, but his drive veered left and out of the course. The final round went to a three-hole aggregate playoff, sending Kim and Cho Min-gyu back to the 16th hole, with the pair vying for their first career titles. Both Kim and Cho missed the green at the 18th, but while Cho missed his par putt, Kim slotted in his birdie putt to win the national title. “To be honest, this is unreal,” Kim said. “I was tense but the results were really good. I feel amazing,” he told reporters. Kim’s victory secures him a spot in the 150th Open at St. Andrews in Scotland from July 10 to 17 and 450,000,000 won ($349,000) in prize money. The Korea Open has been held every year since 1958, but the 2020 edition was cancelled due to the Covid-19 pandemic.