Imran asks workers to roll up sleeves for Lahore by-polls 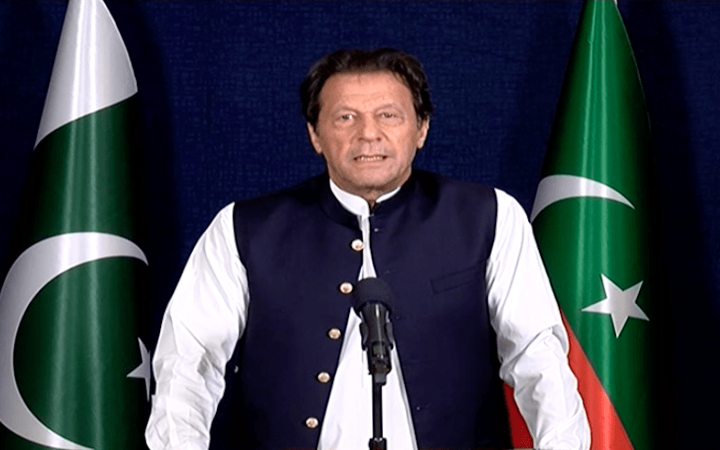 Former prime minister and PTI Chairman Imran Khan Sunday said the by-elections in Lahore would be decisive in terms of by-polls in the rest of Punjab as well as the next general elections.

“Are you all ready to defeat the turncoats?” Imran asked the party supporters while addressing a workers’ convention in Lahore in connection with the forthcoming polls in the PP-158 constituency.

The ex-premier urged his supporters to go door-to-door to spread the message of the party.

He added that it was the collective responsibility to defeat those who sell their conscience and side with the ‘thieves’.

The PTI chief reiterated that the incumbent rulers were imposed on the nation by means of a conspiracy “but the masses are with you”.

Imran said the only way that the rulers could win the by-polls was by colluding with the ‘umpire’, adding, “We have to defeat them despite the fact that the umpire is with them.”

Imran once again told the police, especially the IGP, that the nation would be watching their conduct in the 20 by-polls of Punjab.

“If you resort to a wrongdoing, it’ll affect your reputation and people will point a finger at you.”

Turning his guns towards the Election Commission of Pakistan (ECP), the PTI chief said: “No one trusts you and you have remained completely partial till now.”

“But these by-elections will decide whether the nation can trust you for the general elections,” he added. Referring to his rivals, Imran said: “We know who is with them and we are aware that money is involved.” But today, he added, I ask the youth to defeat them with their passion to defeat the ‘dacoits’.