Shahrukh shares his experience of working with Salman in ‘Pathaan’ 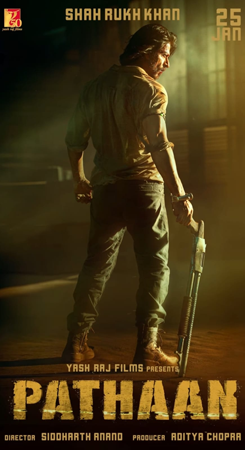 The King Khan of Bollywood, Shah Rukh Khan is speaking about his professional and personal relationship with Salman Khan.

The Chennai Express superstar conducted a rare interactive session ‘#AskSRK,’ on his Instagram handle as he cherished 30 years of his Bollywood journey with fans and followers. SRK also mentioned his and Salman’s respective cameos in Tiger 3 and Pathaan. Shah Rukh’s upcoming actioner Pathaan’s motion poster was unveiled today, so the actor took the opportunity to also interact with his fans on 30 year Bollywood journey.

Talking about it, King Khan said, “With Salman Khan, there is no working experience. There’s always a love experience, happy experience, friendly experience, and brotherly experience. It’s amazing whenever I work with him. We haven’t really done a full-fledged film together, apart from one, which was also not full-fledged, to be honest. We were not together in the film for too long. So we get to work 4-5 days in a year sometimes in a film”.

He further mentioned that he had a fun time working with Salman in Tubelight and Zero. Besides, Shah Rukh Khan also dropped hints about collaborating with Salman for Tiger 3 and said, “Inshallah I will try to be in Tiger also. It’s great fun working with him. It’s always very nice”.

Furthermore, King Khan also called Salman his family. “he is brother. We don’t know who is the elder brother. Each one of us on different days behave like the elder brother to each other. Whoever makes the mistake the other guy becomes the elder brother,” he added. To note, Pathaan, which is helmed by Siddharth Anand is slated to release on January 25 next year.