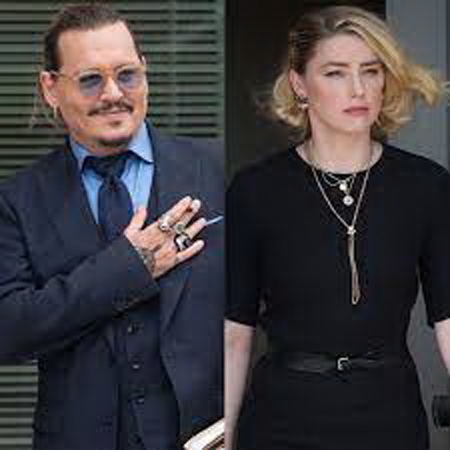 Johnny Depp’s online behavior is not impressing Amber Heard. After winning his defamation lawsuit against his ex-wife, the Pirates of the Caribbean star took to social media to create a TikTok account.

“To all of my most treasured, loyal and unwavering supporters,” he shared in his first post on June 7. “We’ve been everywhere together, we have seen everything together. We have walked the same road together. We did the right thing together, all because you cared. And now, we will all move forward together.”

Now, a spokesperson for Heard has shared her thoughts on Depp’s desires to “move forward” beyond the trial.

“As Johnny Depp says he’s ‘moving forward,’ women’s rights are moving backward,” a spokesperson for Heard tells E! News. “The verdict’s message to victims of domestic violence is…be afraid to stand up and speak out.”

On June 1, a Virginia jury found Heard liable of defaming Depp after he filed a $50 million defamation lawsuit against her for an op-ed she wrote for The Washington Post in 2018. In the op-ed, Heard described herself as “public figure representing domestic abuse.” Although the Aquaman actress never mentioned Depp’s name in the piece, Depp’s lawyers argued in prior court documents that the personal essay was an “elaborate hoax.”

Depp’s first TikTok-which was shared six days after the jury reached a verdict-touched on his feelings after the trial including the appreciation he felt for supporters.

“You are, as always, my employers and once again I am whittled down to no way to say thank you, other than just by saying thank you, “he said. “So, thank you. My love & respect, JD.” Depp also took to his Facebook and Instagram pages on June 1 to share his reaction to the court’s judgement. He wrote in part, “False, very serious and criminal allegations were levied at me via the media, which triggered an endless barrage of hateful content, although no charges were ever brought against me. It had already traveled around the world twice within a nanosecond and it had a seismic impact on my life and my career.”

Depp later added that his reason for “bringing this case was to reveal the truth, regardless of the outcome.”

In a June 2 appearance on Today, Heard’s attorney Elaine Bredehoft said that her client was “demonized” during the highly-publicized trial, adding that there was “a number of the evidentiary issues, there was so much evidence that did not come in.”

As for Heard’s next move, Bredehoft said Heard “absolutely” plans to appeal the June 1 verdict.

E! News has reached out to Depp’s rep for comment and has not heard back.