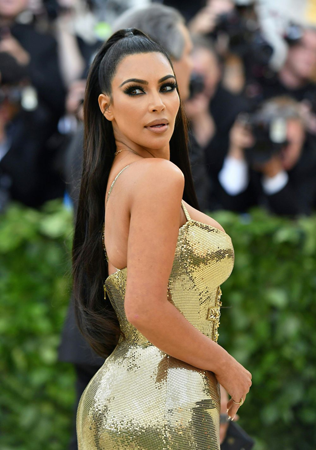 Kim Kardashian is addressing the controversy surrounding her 2022 Met Gala look. The Skims founder, 41, recently compared her decision to drop 16 pounds in one month to fit into Marilyn Monroe’s iconic bejewelled gown to the way actors choose to change their weight for a role. “To me it was like, ‘OK, Christian Bale can do it for a movie role and that is acceptable.’ Even Renée Zellweger gained weight for a role,” Kim told The New York Times. “It’s all the same to me. I wasn’t saying, ‘Hey everyone, why don’t you go lose this weight in a short period of time?'” Christian has undergone multiple dramatic weight transformations throughout his film career, including gaining 40 pounds for the 2013 film American Hustle and losing 70 pounds to play racecar driver Ken Miles in 2019’s Ford V Ferrari. Renée similarly gained 17 pounds for the 2001 film Bridget Jones’ Diary. The Keeping Up with the Kardashians alum maintained that she “didn’t do anything unhealthy” when it came to her strict diet and exercise routine in order to fit into the dress.