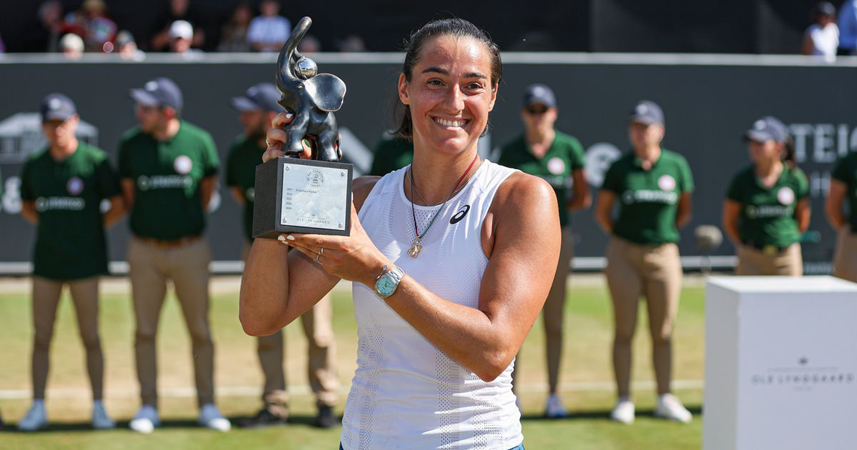 BAD HOMBURG: World number 75 Caroline Garcia warmed up for Wimbledon by coming from a set down to beat Bianca Andreescu 6-7 (5/7), 6-4, 6-4 in the final of the WTA event in Bad Homburg on Saturday. It was the 28-year-old French player’s eighth career title and her first since Nottingham in 2019. The former world number four dropped the opening set as the Canadian Andreescu edged a tiebreak. Garcia came back though to break twice in the second set before clinching the match in a third set when both players struggled to hold their service. Garcia will face British-Japanese world number 206 Yuriko Miyazaki in the opening round at Wimbledon while Andreescu faces American qualifier Emina Bektas.