* In the video, Sara and Salman took the stage when the former announced that she wants to launch some brands 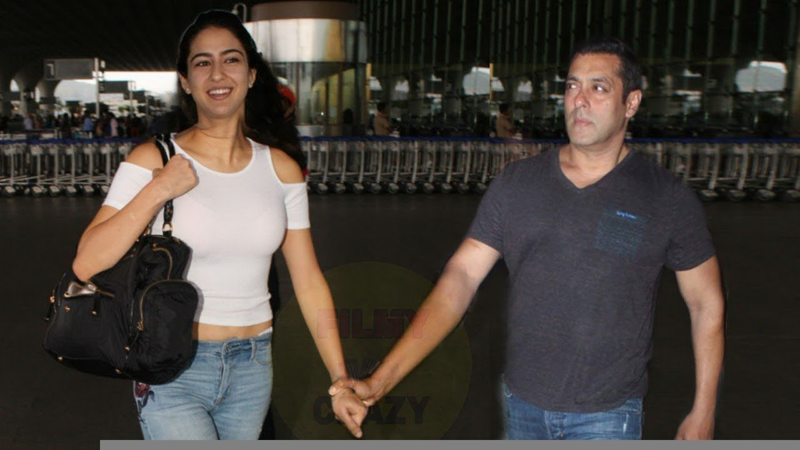 Bollywood starlet Sara Ali Khan called superstar Salman Khan ‘uncle’ at the IIFA 2022 night, and he has the most hilarious reaction to it.

The star-studded annual IIFA awards ceremony took place in Abu Dhabi earlier this month and is set to air on the TV this weekend. A promotional clip shared by the organizers from the glitzy night sees the young star kid, Sara Ali Khan pulling the leg of Bollywood Bhaijaan.

In the video, Sara and Salman took the stage when the former announced that she wants to launch some brands. Later, she added “Salman uncle ke saath (with Salman uncle),” to which the ‘Dabangg’ actor replied, “Aapki picture gayi (your film is ruined now).”

A confused Sara then questions the actor about the reason, to which he said, “Aapne sabke samne mujhe uncle bulaya (you called me uncle in front of everyone).” Sara replied, “You told me to call you uncle,” before the duo began to dance to Salman’s song ‘Tan Tana Tan Tan’ from the 90s superhit title ‘Judwaa’. Reacting to the video, one of the fans commented, “Hahaha, so cute.”

IIFA ceremony for the year 2022 took place in Abu Dhabi’s ‘Etihad Arena’ on Yas Island from June 2-4. Actors Salman Khan, Riteish Deshmukh and Maniesh Paul were the hosts for the night, which saw performances by Abhishek Bachchan, Tiger Shroff, Ananya Panday, Sara Ali Khan, and Nora Fatehi among others.