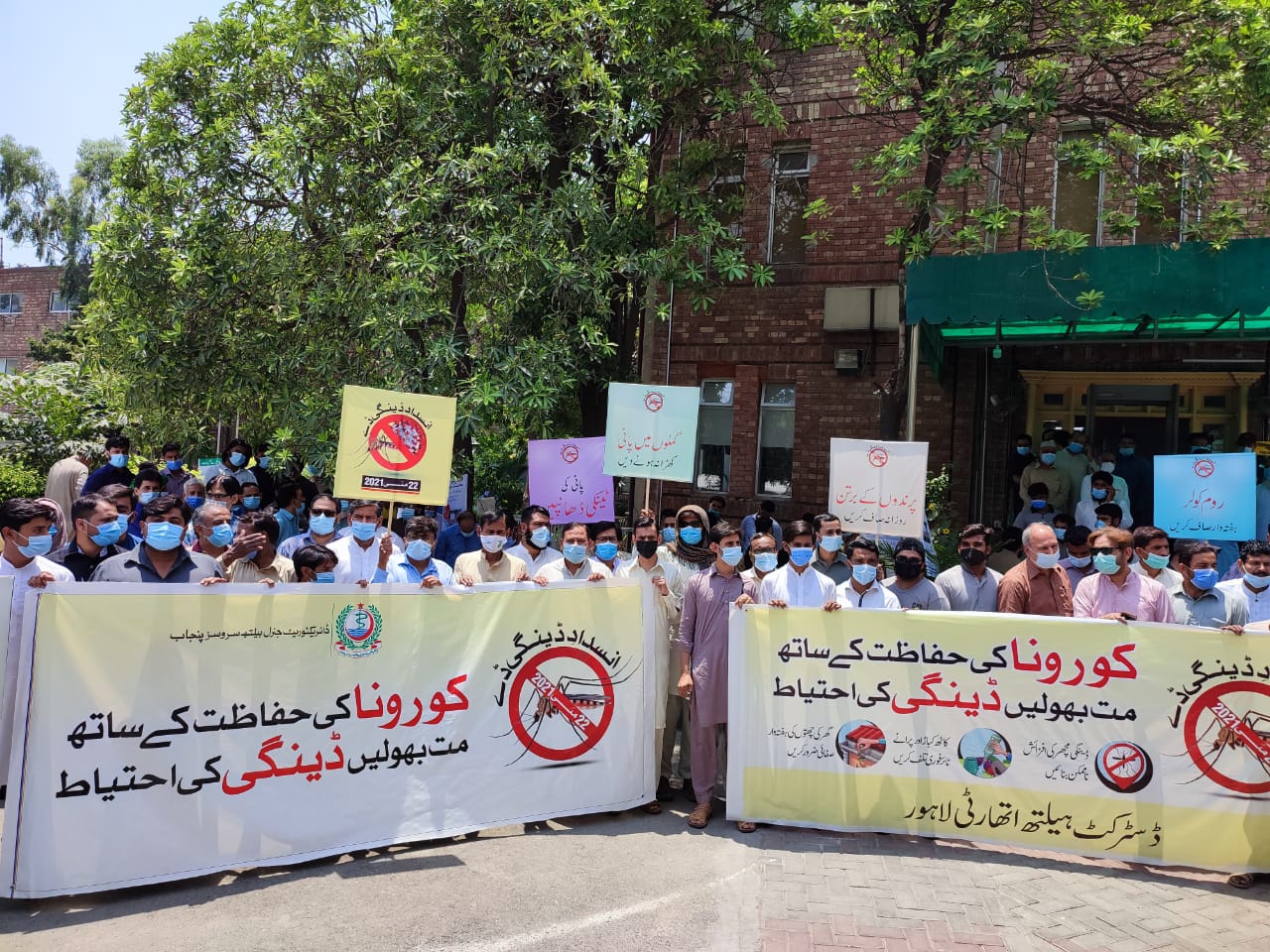 LAHORE: The district administration organised a walk to create awareness among people regarding precautionary measures for dengue control, here on Saturday. The walk, led by Deputy Commissioner (DC) Lahore Umar Sher Chattha, started from Sadr Market and culminated at Sadr Roundabout. The participants were carrying banners and placards inscribed with the content about precautionary measures against dengue virus. These messages urged citizens to maintain cleanliness in and around their homes to check spread of dengue in their localities.

Addressing the participants, the DC said that the district administration would make all-out efforts to eliminate dengue and provide safe environment to people. He said the walk was aimed at creating awareness among masses about the dengue virus and to sensitise them about the precautionary measures, adding that awareness seminars and walks were also being held at various points in the city.

The DC said it was a responsibility of every citizen to play his role for controlling dengue and protecting residents from the dangerous disease by adopting all precautionary measures ensuring that stagnant water is not around. He called upon the residents to keep an eye on junkyards, schools and under-construction buildings, where stagnant water leads to production of dengue larvae.

Later, leaflets containing material to sensitise citizens about their role to control dengue were also distributed among the participants. Chief executive officer health, assistant commissioner Cantt and a large number of people participated in the walk.