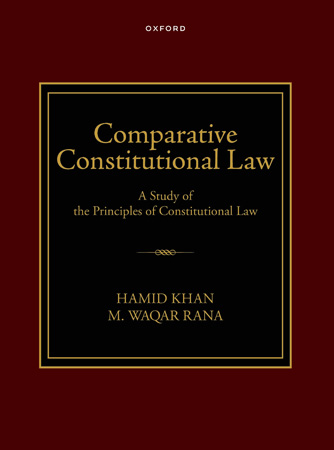 A Study of the Principles of Constitutional Law

This book gives the universally established principles of constitutional law. It analyses and discusses them in context to the judgments of the superior courts of the US, the UK, Pakistan and India as well the judgments rendered by the courts in Australia, Canada, and Germany. In Pakistan and India, the concepts of constitutional law are derived primarily from American and British jurisprudence and how they have been adopted, applied, extended and developed by the superior courts in both countries. The book is divided into seven parts and contains chapters on the definition and scope of the constitutional law and its interaction between the state and the citizen; basic constitutional concepts such as constitutional conventions, the rule of law, due process of law, and equality before law; basic constitutional structures such as parliamentary and presidential forms of government and the concepts of separation of powers and federalism; independence of judiciary, judicial review, precedents and theories of interpretations of the constitution; human rights, the right to life, liberty, privacy and property, freedom of religion and safeguards against self-incrimination and double jeopardy; civil liberties like freedom of speech, press, association, assembly and movement and doctrine of necessity and basic structure of constitution. The chapter on ‘Independence of Judiciary’ has been revised following the judicial reforms introduced in the UK by the Constitutional Reform Act of 2005. This book also covers the course requirements for students of constitutional law studying for the degree of LLM being offered by the universities in Pakistan. It will also be useful for lawyers, judges, law professors, politicians, scientists, sociologists as well as the general reader. 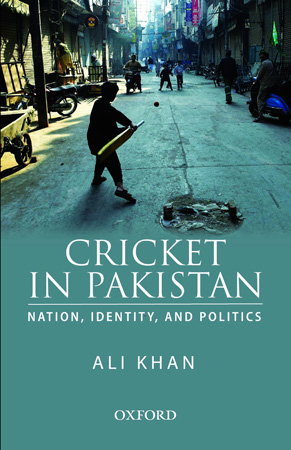 This book seeks to provide unique insights into the social, cultural and political changes that Pakistan has experienced since its birth in 1947. These changes are examined through an analysis of Pakistan cricket and its changing contours with the premise that Pakistan cricket is a reflection of society itself and that issues such as match-fixing, religiosity and cricketing innovation are indicative of wider societal trends in politics, religion and corruption. Simultaneously, cricket has also affected politics, economics and society in Pakistan. The book examines how profoundly cricket in Pakistan influences culture, politics and society and how it is in turn influenced by the wider social and political context within which it is embedded. An analysis of cricket, therefore, allows a unique insight into wider societal trends in politics and international relations, race, religion, corruption, cultural change and globalisation. 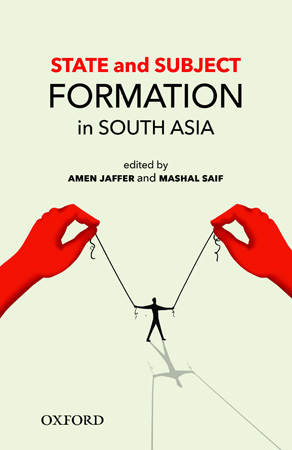 The extraordinarily visible and ubiquitous presence of the state in most of South Asia points to its overarching power. The state’s unbridled reach also suggests its importance as a locus for societal hopes, frustrations, and aspirations. However, scholarship on Pakistan, has offered few systematic attempts to address the complexity of these state-society relations. This edited volume is an attempt in this direction. A defining feature of this volume is its focus on the state and society through a critical engagement with the theoretical openings offered by Michel Foucault. Prime among these lenses is the replacement of the concept of citizens with subjects, i.e. individuals whose modes of thinking and acting are shaped and governed by the intrusive arms of the state-apparatus. The contribution of the book is not simply theoretical; each chapter is deeply grounded in a South Asian context, with a sizable majority of chapters focusing specifically on Pakistan. The captivating case studies that lie at the heart of each chapter allow us to step into those domains of state-society relations-everyday life, discourses, rituals, etc-that have been largely ignored in other studies on the state in Pakistan.

At the turn of the twenty-first century, a growing number of Pakistani artists embraced the nation’s perceived visual languages and political, social, and cultural history to interrogate and unpack Pakistan’s contemporary society and identity. The fruits of this shifting and mixing were works of art that turned artistic and societal traditions, from miniature painting to matrimonial rites, on their sides even as they upheld their significance. Through their works, artists examined and expressed the complicated nature of Pakistani national and cultural identities by looking at the society’s most volatile concerns. The artists did not simply present these critical issues; they played with them. It is this playful contemporary artwork that this book analyses within a context of art practices in Pakistan, pedagogical methods at art schools in the nation and the impact of larger historical events and social processes: colonialism, the partition of India and Pakistan and globalization. 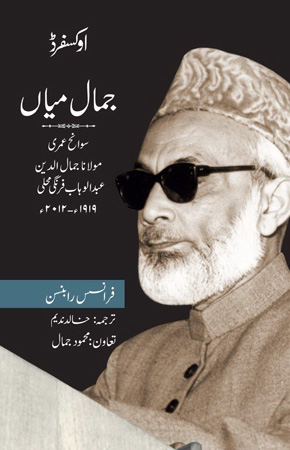 This book relates the life of Jamal Mian Farangi Mahalli, a highly respected scion of Lucknow’s scholarly culture and a major leader of the Pakistan Movement. Based on the archives of Jamal Mian, in particular his personal diaries, it explores his life as a member of Farangi Mahall, South Asia’s leading family of Islamic learning from Lucknow. The author covers the colourful life of a dynamic personality-from his education in the Dars-i Nizami and the spiritual traditions of his family to his rise to the Muslim League High Command, and his involvement in the campaign for Pakistan. Independence and Partition wrecked Jamal Mian’s family’s fortunes. An Indian citizen, he had to find work in East Pakistan to support his family. Eventually, the Government of India forced him to choose between Indian and Pakistani citizenship. During the 1950s and 1960s, he was based in Dhaka and, after losing almost everything in the Bangladesh crisis, he resettled in Karachi and did different jobs. Through the book, one is able to gain insight into his relationships with Jinnah, Jawaharlal Nehru, and Mirza Ahmed Ispahani; his close friendships with Hasrat Mohani, the Raja of Mahmudabad, Sadri Ispahani and Mufti Amin al-Husseini; his consistent opposition to the Islamization of Pakistani politics; the extent to which his life was infused by poetry and spiritual devotion; and the length of time it took for the meaning of Partition in his life to be realised in full.