* Taking to Instagram, Ayesha shared a video of herself and Ahsan rising on a horse 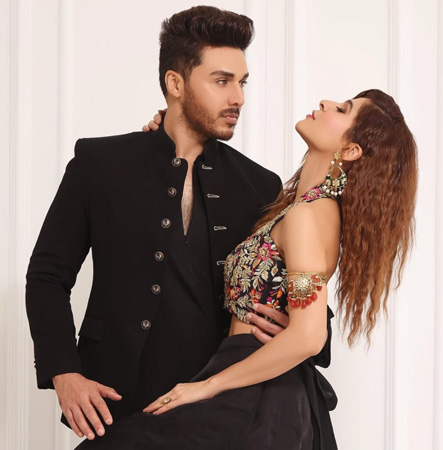 Lollywood actors Ayesha Omar and Ahsan Khan are stealing hearts as they are currently busy promoting their upcoming film Rehbara with zeal and zest.

As the upcoming film, Rehbra is all set to release, the Bulblay actor shares a behind the scene clip from the shooting which solidified that acting is not all about glamour and fun but it is truly a struggle.

Taking to Instagram, Ayesha shared a video of herself and Ahsan rising on a horse. In her caption, she highlighted that they shot the sequence early morning in harsh winters.

“Billo, the ghorri, was forever ready. Such a brilliant actor she is. Today you’ll get to see her shine on screen, with @khanahsanofficial and me riding her. The Punjabi accent is for the character. Had to maintain it throughout so held on to it even during breaks.”

“This was January 2020, in Kasur, Punjab. 7am to be exact. It was 2 degrees Celsius and raining all morning. I was frozen on the outside and but my heart was full of fire. This was the last shooting spell for @rehbrathefilm before Covid took the world and our lives over.”, captioned Omar.

“And now, finally, you, me and the rest of the Country can watch our labour of love, sweat, blood and tears on cinema screens across Pakistan. Rehbra, the film, released TODAY at 11 am. I’m going to be watching it for the first time myself at @atriummall.pk in Karachi at 7:30 pm. Come meet me and watch it with me. We’re “ready.””

On the work front, Ayesha Omar has been praised for her performance in the drama serial Habs also starring Ushna Shah and Feroze Khan.