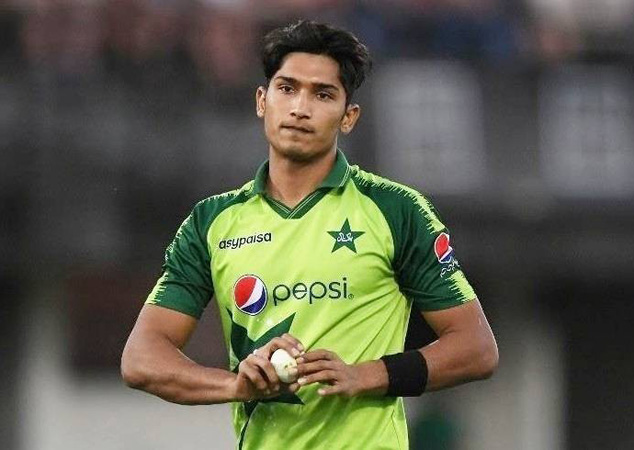 LAHORE: English county Worcestershire hope that Pakistan quick Mohammad Hasnain will help them “blast teams out” after securing his services for the final six games of the County Championship season as their second overseas player. Hasnain, 22, has only played six first-class games in his career but has won 26 Pakistan caps in limited-overs internationals and was cleared to resume bowling earlier this month after being called for a suspect action at the BBL at the start of the year. Hasnain is due to make his debut against Middlesex on July 11 and will stay in the UK for the rest of the season. He was previously signed by Oval Invincibles as a ‘wildcard’ overseas player in the Hundred and will join his compatriot Azhar Ali in the Worcestershire side.

“Azhar knows him very well and helped us do a bit of research,” Alex Gidman, Worcestershire’s coach, said. “He spoke very, very highly of him as a young man and as a character and his skill set as well. He is going to be exactly what the group needs, some real power and energy. The longer the season goes on, the harder it becomes, so to have some fresh impetus when we really need it is going to be good for the guys. He bowls very quick, so a different skill set to what we have, and he will hopefully give us a chance of winning more games.”

Worcestershire are fifth in the eight-team Division Two after two wins, four draws and a loss in their first seven games but are a point off third and are hopeful of a strong finish to the season. Paul Pridgeon, the chair of the club’s steering group, said: “We are going to have a real crack at the Championship. On fairly flat surfaces with Dukes balls, he might just help to blast teams out.”

Hasnain said: “I’m really looking forward to my first taste of county cricket. I want to help Worcestershire win matches first and foremost, but I also want to play more first-class cricket, and this is an ideal opportunity. It will also be part of my cricketing education playing in England on different pitches. Azhar has had nothing but good things to say about Worcestershire. I’m looking forward to joining up, and hopefully, I can make a similar impact to him.” Azhar will miss two Championship games due to his involvement in Pakistan’s Test series in Sri Lanka next month but is due to return later in the season.