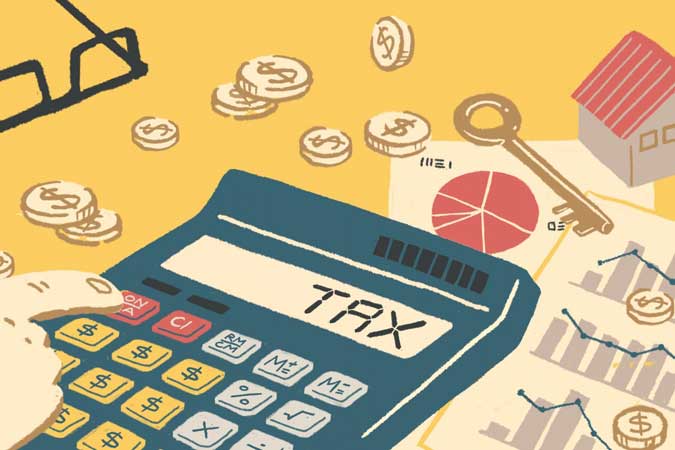 Prime Minister Shehbaz Sharif Friday announced that the coalition government plans to impose 10% super tax on large-scale industries and defended the ‘tough decisions’ which he said were being taken to protect the economy.

Addressing the nation, after chairing a meeting with his economic team, Shehbaz said the government had taken some ‘tough decisions’ regarding the federal budget for the next fiscal year 2022-23.

“I want to brief the people about those decisions and the actual [economic] situation of the country,” he said, highlighting the two major reasons behind these decisions.

“Our first motive is to provide relief to the masses and to reduce the burden of inflation on the people and to facilitate them,” he elaborated.

“Our second motive is to protect the country from going bankrupt,” he said, adding that it has been devastated due to the ‘incompetency and corruption’ of the previous Imran Khan-led government. The decisions taken now will save the country from bankruptcy, he vowed. Shehbaz added that the other motives included stabilization of economy and prosperity of the county.

“These aren’t just words… this is the voice of my heart and InshaAllah we will be able to achieve all these targets,” he maintained.

Regarding the International Monetary Fund (IMF) programme, he said: “If the IMF doesn’t put forward any other conditions, I am hopeful that we will be able to reach a staff-level agreement with them soon.”

He added that the coalition government has taken some ‘daring’ decisions after mutual consultations to provide relief to the people; however, the premier admitted the nation will witness difficulties in the short-run.

“We will steer out of the economic crisis because of these decisions and step onto the path envisioned by Quaid-e-Azam,” he said, adding that after coming into power, the coalition government had two options; to call elections afresh or to protect the “devastating economy” of the country by taking some tough decisions.

“The first way out was easy; however, our conscience did not allow us to do something which would impact the country as the time was to protect the state and not politics,” he stated.

The prime minister urged the affluent sections of society to come forward and share the burden.

He said history had witnessed that in difficult times, it was the poor who always made sacrifices. “Today, it is time for the affluent citizens to do their part. It is their turn to show selflessness. And I am confident that they will contribute fully to play their part.”

He said the institutions whose job was to collect taxes should take from the rich and give to the poor. He, however, lamented that the “big ones” evade paying taxes. The prime minister said it was the collective responsibility of the state – including the PM – that tax money went to the national treasury. “We have been unsuccessful in this so far,” he added.

“It is never too late. Right after the budget [is passed], teams have been formed to go all out to collect taxes. Assistance will be sought from all constitutional institutions and we will employ modern technology and digital tools [for the purpose].

“As for the classes who are blessed, today, this nation is demanding of them to also work hard, to come forward and to make Pakistan prosperous and progressive,” he added.

The premier called on the wealthy to distribute some of their wealth and “relive the memory of Ansar-i-Madina”. “This is your responsibility, and the nation demands it of you,” he said. He said it was his belief that the steps that were taken now would not only add to Pakistan’s treasury, but also bring ease to the poor and make Pakistan economically self-reliant.

The prime minister said by taking from those “whom Allah has blessed”, education, health, roads, IT development could be buttressed. “To further nurture the nation, resources are needed,” he added. Referring to Imran Khan’s “shackles of slavery” remarks, Shehbaz said economic stability and economic freedom were the only true ways the “shackles of slavery would be broken”. “This is what we call self-reliance, without which no nation can have independence,” he added.

He lamented that the country was a nuclear power but economically “we are still infirm and weak”. PM Shehbaz made another appeal for a “grand national dialogue” and his charter of economy.

He said if the country did not bicker among themselves and “fight to end poverty, to end a life of debt, to stabilize Pakistan’s economy, the country wouldn’t be in the position it is in.

“But it is never too late. Today we have to demolish the walls of poverty, unemployment and hatred. We have to give birth to flowers of love and end thorns. This is only possible through a grand national dialogue and charter of economy. “When the nation is united and will stick to its mission, whatever govt comes and goes, Pakistan’s conditions will change soon,” he added.