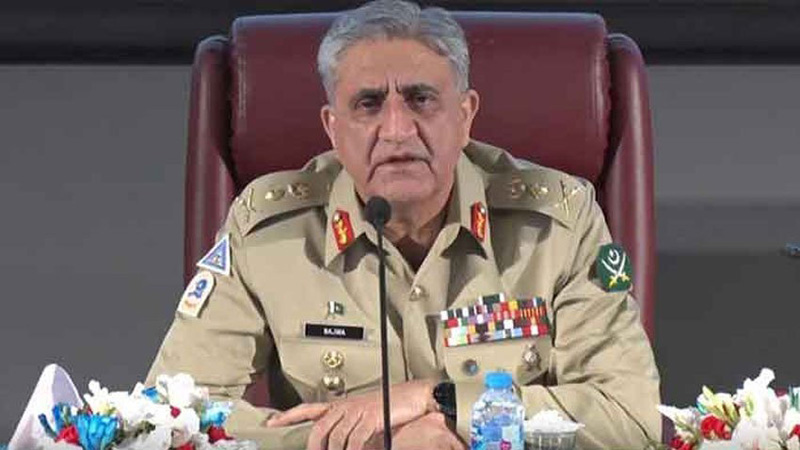 Chief of Army Staff (COAS) General Qamar Javed Bajwa visited Pakistan Navy War College on Friday and exalted the role of armed forces in tackling the national security challenges proficiently. He made these remarks while addressing the participants of 51st PN Staff Course at Pakistan Navy War College (PNWA) in Lahore, the Inter-Services Public Relations (ISPR) said in a statement on Friday. While addressing the participants, General Bajwa dilated on geostrategic environment, national security challenges and response measures. The COAS underscored that Pakistan Navy’s history is studded with glorious traditions of valour and sacrifices. He emphasised that Pakistan Navy is a formidable force defending the maritime frontiers of the country and has always lived up to the expectations of the nation. Gen Qamar, the ISPR said, appreciated the quality training imparted by the war college to the officers of armed forces and friendly countries. Upon arrival at Pakistan Navy War College, the army chief was received by Commandant Pakistan Navy War College Rear Admiral Shifaat Ali Khan. The COAS laid floral wreath at Shahuada Monument to pay homage to martyrs of Pakistan, the military’s media wing said. Earlier this month, Gen Qamar praised the security forces’ formations of Balochistan for their efforts to establish peace and ensure successful local body elections in the province, the military said. “The COAS lauded the commendable efforts of [the] formations deployed across the province for providing a secure environment for socio-economic activities including smooth conduct of local bodies elections in the province,” the ISPR had said. According to the military’s media wing, Gen Qamar made the remarks while visiting the Corps Headquarters where he was given a detailed briefing on the security situation in the province.