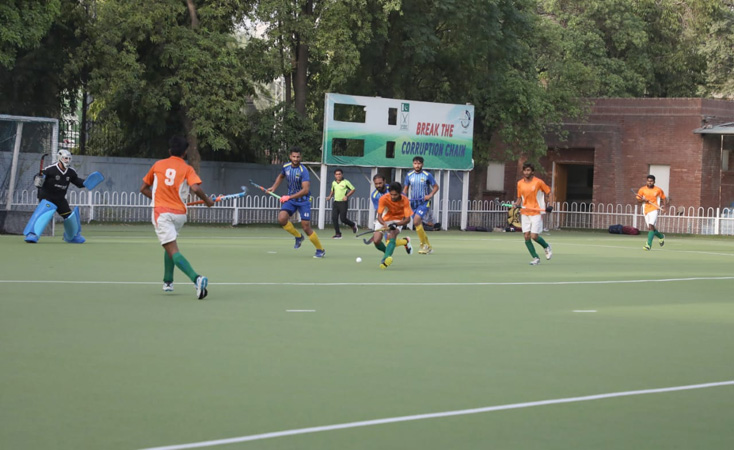 To revive the Hockey culture and to uplift the hockey as a national game, for the first time in history of Pakistan PHF has taken an initiative for conducting the 1st National inter club Hockey championship 2022. The championship is scheduled to be held from 14-23 Jul 2022 at National Hockey Stadium Lahore. The event is aimed at promoting the game at the grass route level i.e club level which will help hunt emerging talent from remote areas of Pakistan.

The championship is divided into four stages including district, divisional, provincial and national level. The final national round will see total 10 teams including four teams from Punjab, two teams from Sindh, two teams from KPK, one team from Baluchistan and one team each from Islamabad, AJK, Gilgit-Baltistan.

The championship started with 72 districts and 718 clubs contesting at district level all over Pakistan. The district level stage ended on 25 May 2022 with encouraging response from the district administration. Dormant grounds were activated in many districts.

The division level stage was conducted with full zeal and enthusiasm. 69 clubs of 28 divisions from all over Pakistan participated at division level competition.

The provincial level stage will commence from 25 Jun to 03 July 2022. Total 31 club teams including 9 teams from Punjab , 7 from KPK, 6 from Sindh, 6 teams from Baluchistan and 1 team each from Islamabad, GB and AJK will contest to qualify for National level championship.

With the support of media and sponsorship of philanthropist, these clubs will make more effort to raise the overall playing standards of hockey. Thus maximum qualified players will be coming up from grass root level. This in turn will help to revive national game and go a long way in restoring confidence of emerging young players.