Agri sector has potential to bring country out of economic crisis: Khursheed Shah 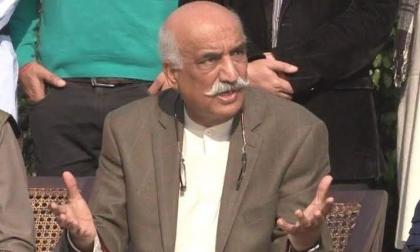 ISLAMABAD: Minister for Water Resources Syed Khursheed Ahmed Shah on Friday expressed confidence that the agriculture sector had the potential to bring the country out of the current economic crisis.

Speaking in the National Assembly, he said:“I must appreciate Finance Minister Miftah Ismail for announcing incentives for the agriculture sector, as it is the only sector that can steer the country out of the current economic crisis.”

“If the agriculture sector is ensured with such support for the next 10 years, the country will be self-reliant and will have no need to get any loan from financial institutions. This is the sector that can resolve all the problems of Pakistan.”

The minister also suggested levying more taxes on the cigarette industry in order to  save the people from cancer, tuberculosis, and other chronic diseases, besides  millions of rupees spent on their treatment.

He said the price of cigarettes should be doubled as the same was much higher in other countries.

A parliamentary committee, he said, should be constituted to look into the sectors that were paying taxes and the one ones which were contributing nothing.